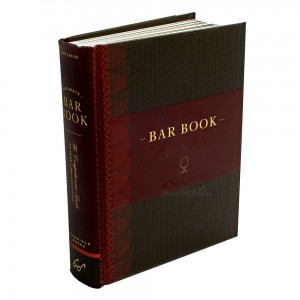 The book is finally finished and I’m looking for an agent! So for this post, I figured I’d put up the first chapter of the book . . . for free.  🙂

“One detail I’ll always remember about Albany . . . I wouldn’t have met my girlfriend Kristin if a customer from another bar hadn’t been shot.”

The strangest part is I never meant to stay and certainly didn’t expect to work in a pub beside an old barman named Johnny La La. Bored and a little stoned in the summer of 1973, I left rural Cortland, NY with a duffel bag over my shoulder. Boston waited ahead with all its grand horizons, but the Greyhound bus took a route through my friend Stacey’s city. “Come hang out for a couple of weeks,” she said on the phone. That’s when everything skid out of control.

First, I extended the visit by taking a rundown apartment where I’d live broke and alone, then a short time later, I was hiding from a bunch of punks who rode with a motorcycle gang. I stopped for a beer at a local bar and somehow spent three years making drinks there. “How did you wind up here?” a sassy little brunette wanted to know. “You’d be amazed,” I answered, pouring her more wine.

On the bar’s high stools, politicians and Albany gangsters, college kids, local deadbeats, and even the delinquent housewives waved their hands for attention. I immediately screwed up with Brenda, a married woman . . . and then met Jill, a teasing, seventeen-year-old virgin. Kristin was a tall, mysterious blond who loved to be tied up and spanked. “Would you mind walking me home?” she asked the first night we chatted.

Sonny Capozzi, the undercover narcotics cop, waltzed into the bar shifty and grinning. This was my first job in a real city. Sonny quickly made a point to show a young man how things work. Meanwhile, Stacey’s ex-convict boyfriend lurked around the corner just waiting for a chance to get even. And an old tavern veteran everyone called “George the Polack” watched from his barstool quietly shaking his head.

I decided to laugh and keep on slogging. While still in my twenties, anything new held promise. As customers settled onto the seats, it was easy to call up a smile, mix their drinks, and with a jukebox playing in the background become their friend. I fell in love with some and hid from others, but rest assured I came to know every single one of them. Some of them changed my life.

And I’d only been looking for a cold beer on a regular summer day.

Everything started out calm and quiet. During the second week of visiting Stacey, I walked past The Lark Tavern at the corner of Lark Street and Madison. Under a lazy blue sky, I glanced up and saw the gold lettering–Est. In 1933–inscribed at the bottom of a wooden sign hanging over the front door. I thought, “Plenty of time for just one!” Inside, an old-school barman stood behind the taps dressed in a white shirt and red bow tie with his worn black pants pulled high on his waist. Short and moon-faced, thinning hair neatly combed, he leaned through a fog of cigarette smoke as he hobnobbed with the regulars seated in front of him.

Later, I’d learn this man was Johnny La La. He showed up early each morning to open The Lark. He’d polish the bar, restock plenty of cocktail napkins and straws, then haul out buckets filled with ice from the machine in the back. Arriving at dawn, anyone else might have considered a legitimate breakfast while prepping the bar–perhaps two poached eggs on toast made in the small side kitchen. For Johnny, the first thing touching his lips each day was a good stiff drink, a healthy pour of Seagram’s Seven whiskey mixed with Seven-up. More morning drinks followed. This was how Johnny La La put his world in order.

Most of the daytime regulars now sitting peacefully with their beers had been coming to The Lark since they were young men. In this bar, they’d met the folks who became friends and in some cases their wives, and they still stopped by as their kids were growing up. Finally retired, either widowed or divorced, these patrons appeared in the morning as though this was their living room. Waiting to greet them stood Johnny La La, the professionally cranky bartender who for the last thirty years was the one thing in their lives that hadn’t changed.

George the Polack lived around the corner. He’d remained a large man beneath another flannel shirt. George never said much. His back straight on his stool, he didn’t take anyone’s side nor seek their support, sitting content as a monarch in his forever cherished spot next to the front window. “It’s a beautiful day out there,” George occasionally informed everyone.

No one knew where Johnny La La got his name, maybe it had to do with his attitude toward life. After thirty years behind these taps, Johnny lived the way he wanted and worked the way he wanted. For one thing, he’d never go down the full length of the bar–which stretched thirty feet–if the basement trapdoor at the other end lay open. If the trapdoor was up, Johnny went halfway and stopped. Did he fear if anyone went any further, they might fall into that dark hole in the floor, fifteen feet away? Customers by the sunlit window called out: “What the hell, Johnny! Get down here and give us a beer.”

“Not while the trapdoor is open!” Johnny always yelled back. “You’ll just have to wait. Maybe you shouldn’t have another beer anyway.”

Of course, I only learned these details after taking a job at The Lark. But even on that first glance, I probably could have guessed half of it by the way things looked. On this particular afternoon I took an empty stool, settling a respectable distance from the old-timers. The bar itself was handcrafted, maybe made from mahogany, with a pattern of fancy wooden inlays across the top; it was the kind of bar you don’t see anymore.

I waited patiently as the bartender chatted with his customers. At one point, he scowled in my direction as though I had silently interrupted him, then he returned to the conversation puffing out another cloud of smoke. I continued to sit alone, looking around. A row of tap handles displayed the selection of draft beers. In one corner sat an old Wurlitzer jukebox, but no music played. Ten minutes must have passed and nothing changed. Finally, I lifted my hand, “Excuse me.”

The bartender gestured to his companions with an exasperated air and said, “Hey, come on, pal. I’m talking to my friends!” It seemed like another five minutes but when he finished talking, Johnny La La came down to where I sat. “Well,” he asked, “what do you want?” I ordered a pint of draft beer, and the adventure was about to begin.