DIRTY TRICKS behind the bar 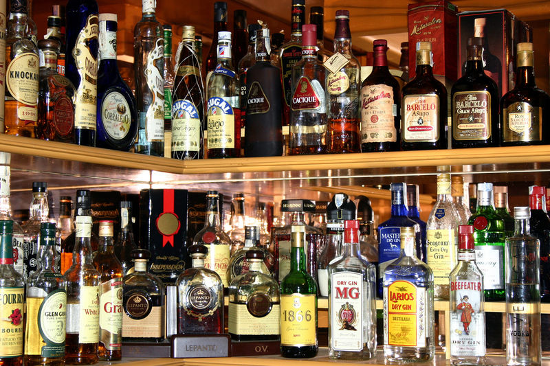 This blog generally has a positive outlook.  I try to stay focused on what I find interesting, and funny . . . let someone else write about the negative stuff in our industry.

Today I’m going recall three examples of bad behavior that make me wonder what some bartenders are thinking.  First, I’ll talk about a guy working his way up the food chain by back-stabbing his boss, then about a old-timer’s dirty trick using drops of Visine.  And finally, the lowest of low-lives . . . we’ll look at a bartender stealing from other bartenders.

I won’t say where or when these incidents took place, except to say that they happened a long time ago, and not at Johnny D’s.

I knew a guy I’ll call “Rob” as a drinking buddy.  He worked at a popular restaurant in Boston’s Quincy Market, not far from where I was the GM at a place called Friends & Company.

Rob was the bar manager where he worked and he hated his new boss, a night manager who had been hired from an application.  They both worked under a very strict GM.

Rob thought that he should have been promoted, instead of this unknown guy off the street.

The salt-in-the-wounds was that now the new night manager would be doing the liquor inventories.  He didn’t trust the staff, and felt he could be more accurate.  Until then, Rob had always done the inventories himself, with one of the other bartenders.

One night we were out having drinks and Rob seemed in a particularly good mood, after weeks of being down.

He told me that he’d found a way to screw the new manager. 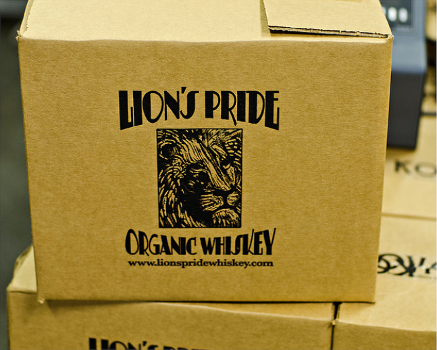 Knowing that the inventory would be taken on the first of the month, Rob had removed some liquor and hidden it.  He’d gone crazy with this scheme.  He had taken half a dozen cases of liquor from the liquor room, hiding them on the dusty shelves in the basement.

When the night manager took the inventory the next day, of course the liquor that was secreted away wasn’t counted.  Rob waited all day, then he waited all night until after hours before he put the liquor back.

The next day he went to the GM and told him he had doubts about the new manager’s accuracy.  He said that he just happened to be in the liquor room while the manager was counting.

“He was trying to do everything too quickly and he looked disorganized,” Rob said.  “I don’t see how he wouldn’t miss something.”

The GM checked, and found the “inaccuracies.”

I suppose it never crossed the GM’s mind that someone like Rob might be fucking with the new guy.  He probably couldn’t imagine a scheme that involved extra cases of liquor.

From that point on, the new manager’s days were numbered.  I remember Rob laughing as he told me what he’d done.

The following month Rob was back to doing the inventories with his bartenders — and eventually he replaced the night manger he hated.

Rob didn’t last long on his new job.  It’s a lot easier to screw things up, than it is to keep them running right.

As for the other guy . . . I don’t really know what happened to him after he was let go.  This might not have been the right business for him anyway.

An old-time bartender from New York City told me this trick many, many years ago.  It’s meant to take revenge on pain-in-the-ass customers.

The way the old-timer explained it — just adding a drop or two of Visine to someone’s drink will give them an immediate and devastating case of diarrhea.  They’ll be running back and forth to the rest room until they have to leave . . . a faint, foul odor perhaps trailing behind them.

But as I was writing this post — having some doubts about whether I should disclose this trick — I did some research on the web.  I discovered that the information I thought was an old-timer’s dark secret was actually now public knowledge on the Internet.  It was even included in a movie titled, “Wedding Crashers.”

While this made me more at ease mentioning it here — a lot of people apparently already know the trick — I was shocked to learn what actually happens to the victims.

Adding Visine to someone’s drink may cause:

— a sharp elevation of blood pressure followed by a sudden drop to dangerous levels
— difficulty in breathing, or even cessation of breathing
— overwhelming nausea and vomiting
— coma, and even death.

Yea, some people have died from it.

If you put something into a drink to cause a person harm,  . . . you are technically, legally, poisoning them.  There are people in prison right now for pulling this prank.  If caught, you can expect to spend the next few years working on license plates, rather than making drinks.

Anyway, I never used anything like this myself (although there were times I was tempted.)  After what I found out about it recently, thank God I didn’t.

Our business is full of giveaways, and even bartenders “knocking down.”  (That’s when a bartender rings in only PART of a round of drinks while putting ALL the money in the register — taking out the accumulated difference for themselves later.)

Despite management’s best efforts, this business does has a reputation for workers trying to put a little extra cash in their pockets.

But I think it’s generally agreed that the lowest form of bartender is the one who rips off other bartenders . . . someone who steals from co-workers.

I was a bartender at The Sunflower Café in Cambridge MA, and out having a few drinks with a girl who used to work with me.  She had moved on to one of Boston’s hottest nightspots.

I really liked the job I had, but as we talked I was feeling a little left behind.  My friend said that now she could make anywhere from $300 -$500 a night.

But she also said that she didn’t like the atmosphere.  She said it was too cut-throat for her.

“I work my ass off,” she complained that night, “But I think the other bartenders are stealing out of the tips.”

I decided to go to her new place on a night she wasn’t working to see for myself.

I don’t know what I expected to see — maybe one of the bartenders scooping up a $5 or $10 tip and put it into their pocket instead of the tip jar?

I had four or five drinks, and hadn’t seen a thing, so I asked for the check.  Being in the business, I left a good tip.

I was about to leave, but for some reason I happened to glance over at the bartender as he was cashing out my check.

I just sort of looking in his direction when he did something that caught my eye. 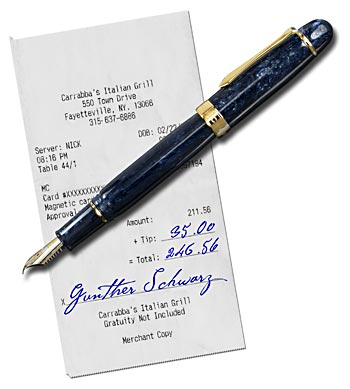 What was the story?  They had all been taking their tips out with each check cashed, this guy included.

I ordered another drink and stayed a little longer.  This guy and the other bartenders continued to take the tips immediately . . . but a while later the same bartender did it again.  He cashed out a charge, but didn’t take anything for the tip jar.  Did that particular charge just happen not to have any tip included?  What about my check?

I asked for my second bill, and left another big tip . . . this time just to see what happened.

Same thing.  He cashed out the charge, but didn’t take out the gratuity.

I went back the following week to make sure before I said anything to my friend.  Besides, I was curious how he pocketed the money, how he got the stolen tips from the register without drawing attention to himself.

Towards the end of the night this bartender was talking with someone he seemed to know well, and he offered to buy the customer a drink . . . out of his own pocket.

By now I was watching everything he did.

He was laughing as he served the drink, then reached into his pocket as he turned back to the register.

He rang in the drink, the drawer popped up, and he put his bill into the register.  But he put it into the far right of the register.

That’s where the one’s are kept.

He put the bill into the far right, then proceeded to move his hands left as he took his change.

He must have put in a one dollar bill, and now he was taking out a five, a couple of tens, and then three twenties.  I couldn’t see the denomination of the bills, but I could clearly see where his hands were on the drawer. 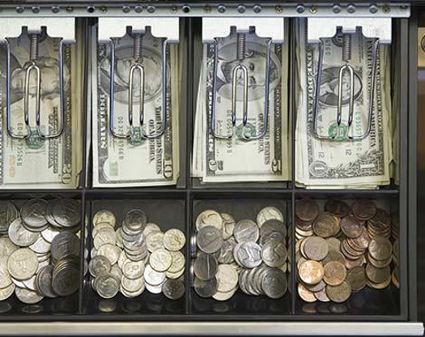 The position of his hands was unmistakable.  He’d put in a one-dollar bill and now he was taking out twenties . . . the only thing further to the left would have been the fifties or hundreds.  He was taking out the money he’d stolen from his co-workers.

“I knew it!” my friend said when I told her a few days later, “I knew he was a piece of crap!”

She left that job not long afterwards.  She said the money wasn’t worth it.  I don’t know if she ever said anything to her manager about the stolen tips.

Anyway, I realize life can be a bitch and there’s no sense crying about it.  There are more assholes in the world than you can shake a stick at.  But bartenders stealing from the people who work beside them . . . that has to be the lowest form of life.

21 Responses to DIRTY TRICKS behind the bar