A stand-up comic on the TV series "Hill Street Blues" struggles with reaction to his family name . . . meet Victor Hitler. (Image from www.hulu.com)

I love a good name.  I love unusual names.  I love names that are just fun to hear pronounced.  I collect them, mostly by memory, although more than a few have been jotted on cocktail napkins.

Today, I feel like recording a bunch of my all-time favorites in one place.

I’ve previously mentioned Johnny La La — the loveable, cranky old barman who taught me the trade.  What a great name for him.  A lot of people thought Johnny La La was also a bookie . . . I have no comment, but if true the name is even more perfect.

We had quite a few good names at The Lark Tavern.   Jack Reynolds was a young cab driver when all the other cabbies started calling him, Jackie Rabbit.  By the time we all knew him, Jack was retired and that was the only name most people at the bar knew him by.  He even introduced himself that way, as though it were his first and last name — “Hi, nice to meet you . . . I’m Jackie Rabbit.”

Jackie’s girlfriend was Maud the Broad.

George the Polack sat on the last seat at the end by the window.  He occupied the stool with a regal air, as though King of a small domain.  (He was also affectionately known as Peckerhead.)

One of our late-night regulars, part of the younger crowd, was Stoner Bob.  I thought that was pretty cool, then years later there was also a Stoner Tom at Johnny D’s — and I realized there were probably Stoner Tom, Dick and Harrys all across the country.

After a few beers, Stoner Tom at Johnny D’s often referred to himself in the third person.  “I guess Stoner Tom would like one more,” he’d say with a quick nod of his head.

I’ve been collecting names for quite a few years — I remember how it started.  My frat buddy Jim Fennell was telling me about some of his friends growing up.  His best friend in high school was Joe Chingalini.  (Don’t know the spelling, but it was pronounced Ching-a-lini . . . Joe Ching-a-lini.)

In college, Jim was known as “Foamy,” after his love of draft beer.  At Beta Phi Epsilon (SUNY Cortland), just about everyone had a nickname and after a while those nicknames became so familiar we stopped thinking about them. 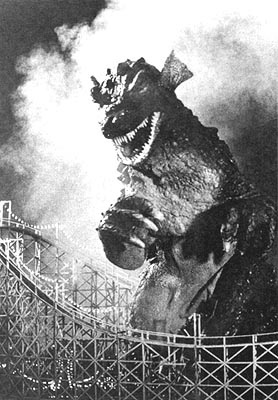 Richard Rowcroft was a lineman for the Cortland State football team —  everyone called him “Gorgo.”  It became so routine that it didn’t sound odd for us to say — “Hey, Gorgo, can I borrow your car tonight?”

Bruce Saurro was known as “Z.”  The only time anyone called him “Bruce” was when they were pissed at him, or wanted to bust his balls:  “Come on, Bruce, don’t bogart the damn thing!”

Sometimes it’s clear how nicknames got their start . . . other times they seem to spring from nowhere.  In high school my nickname was “Duck.”  I was proud of the name, had it stitched on my letter jacket . . . but it began as a school-yard taunt.

In junior high, our civics/history teacher was telling us about quacks, illegitimate doctors who promoted fake cures.  John Dalpan was sitting across the aisle, and he turned and stared at me.  “Hey,” he said loudly, pointing, “Mikey looks like a Quack, doesn’t he?”

Everyone in the classroom burst out laughing.  Even the teacher laughed out loud, before she caught herself.  After that whenever I walked down the hallway, the school bullies would slow down and lean forward, calling out — “Quack, Quack!  Quack, Quack!!!”  I wanted to change schools.

As we moved up in class rank, the nickname was softened to “Duck”, and  I just hoped that everyone had forgotten where it came from. 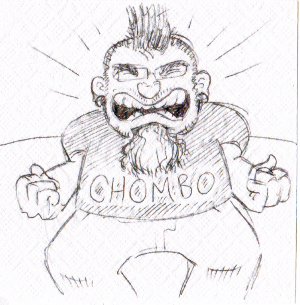 We have a few good nicknames at Johnny D’s.  Craig Mckoene is now known as “Chombo.”  It began when brunch bartender Siobhan (pronounced Chee -von) Healey took a chipped parrot mug used for the mimosas to give to her elementary school class.  The class decided to name the mug “Chombo” — and when Siobhan told us later, someone looked down the bar and said, “Hey, that should be Craig’s name!”

Craig likes the nickname enough to include it on his Facebook page.

It is a good name, but it also has practical value.  Chombo is the bar-back on busy weekends, and when you’re yelling down to his station from the middle of the bar, it’s hard to get his attention.  You can yell, “Craig!” as many times as you want, but the only person to look up will probably be someone at the bar named Craig.  But when we yell — “Chooombo . . . tap a new keg of Clown Shoes!!!!” — he’ll hear us every time.

When not behind our bar, Oscar “Scar” Simoza is a semi-pro rugby player with the Charles River Club.  Bartender Jeremy “JerBear” Newcomer is also an extreme-athlete kind of guy.

But to be honest, lately it’s been a bit slow for good names and nicknames at Johnny D’s.  I remember ten years ago — back when we had real names that could match any club in the country, employee-for-employee.

Charlie Knoble still works in the booking office.  Charlie’s name falls into the category of “Names That say Something about a Person.”  Even at a reception for the Queen of England, Charlie could hold his head high:  “The Duke and Duchess of Yorkshire, your Majesty,  . . . and Mr. and Mrs. Charles Noble.”

We had a floor manager named Phil Savage — good name for a professional wrestler.  Phil had the thick neck and square jaw line to match.

Another waitress was named Stacey Justice.  John Bonoccorso (then a bartender now our GM), said it sounded like a female state trooper, in full uniform.  “I picture someone in high boots, with one foot up on the running rail, ticket pad in hand,” John said.  “She tells the motorist — ‘Either I can give you a ticket, or you’re going to FUCK ME . . . and you’d better be GOOD!!!’”

(My apologies to Stacey as well; she was a championship tennis player in college  . . . a very smart, funny waitress.)

Speaking of champions, we had another waitress whose name was Ima Champion.  I’m not kidding, that was her real name.  For some reason, Mr. and Mrs. Champion decided to name their little girl, “Ima.”  I have the payroll records to prove it.

But enough of my interest in names and nicknames.  Back next week with more Life on a Cocktail Napkin.

11 Responses to FAVORITE NAMES (Johnny La La and others)