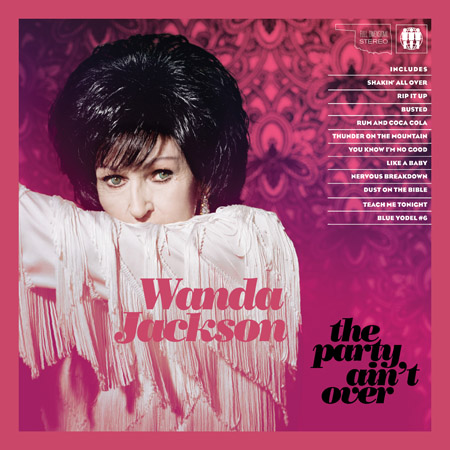 As I mentioned last week, 99.9% of the customers at our club are welcome any time.  It’s a good crowd, and they treat us well.

But anyone who works in this business runs into cheap people now and then . . . the cheap 00.1%.

Two weeks ago, about an hour before Wanda Jackson was scheduled to play, this one couple walked up to the bar.

They found two empty seats and I took their order . . . but while I was making their drinks, they kept looking around.  They got up and moved to another spot further down.  They kept looking at the stage in the performance room.

“What happens?” the man asked when I set down their cocktails, “What happens if we’re just here for drinks?”

(Wait a minute . . . you just got up and moved three seats to see the stage better.  You went out of your way to find the best view, but you’re not here for the show?)

“We’re not into that rockabilly, or whatever it is you have playing tonight,” the man continued, “We’re just here for drinks.”

At Johnny D’s we do allow people to sit on the bar side when it’s slow.  But when a show is about to sell out, we’re not going to let the people willing to pay just stand outside.

I explained this to the man, and told him that if they decided to stay, someone would be over to collect the cover charge.

“Well we’ll just sit here for now, if that’s OK with you,” the man snapped.

(If it’s OK with you?)  I didn’t like the snide tone but I remained polite.

“That’s fine with me,” I said, “But it won’t be my call when the doorman comes over for the cover.”

“But you do work here, don’t you,” he snapped back.

Now he was pissing me off.

I gave a short laugh before answering. 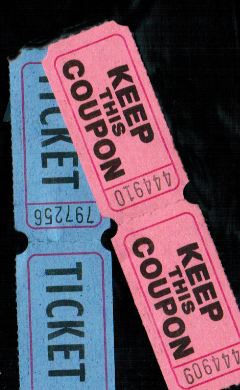 I motioned with my hands as though asking if everything was good with their drinks … then walked away.

A few minutes later I happened to be walking by them again.

“What time does “Romano” go on?” the man asked.

(Wait a minute . . . Daniel Romano is the opening act.  You know the name of the opener, but you’re not here for the show?)

“I’ll let you know!” the man said with a snarl in his voice.

“We’ll have two more,” he gestured to their empty glasses.

It’s an old trick.  He was trying to order another round, maybe order food, so they could pretend to take a long time finishing while they watched the show.

“Well,” I said smiling, “I wouldn’t want to give you fresh drinks, and then ask you to gulp them down.”

“Why don’t we check with the doorman first.”

He tried to stop me.  He was about to say something more, but I went down to the bar phone to call on the intercom.

“He was a bit of a dick when he came in,” the doorman replied, “I’ll be right over.”

When the doorman came up to him, the guy was squirming in his seat.

I remained a discrete distance and didn’t hear what was said, but it was clear the guy was still trying to weasel his way out of paying.  He was talking rapidly, making little agitated gestures with his hands.

The doorman leaned forward on his toes.  His body language was saying,  “So, what will it be, hmmm?  Planning to stay for the show?”

The man’s face was turning red, and his cheeks puffed out a little.  His face looked like a gigantic belch was bubbling deep inside that just wouldn’t come out.  (My apologies to Ralph Lombreglia for this variation on his metaphor.) 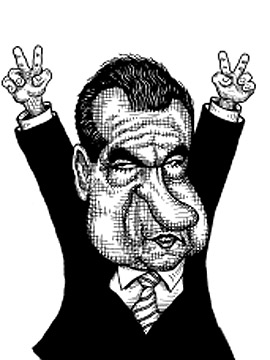 “I’m not a crook!” (Image from ramparts360.wordpress.com)

Have you ever seen someone with their lips moving back and forth, even though their lips were tightly pursed?

He looked so guilty, and the more he protested, the guiltier he looked.

Finally he let out a pained sigh.

When he reached for his wallet — no moths flew out — but I could almost hear the creak of the leather, that wallet had been opened so infrequently.

The doorman returned his change, and the man stuffed the small bills into his wallet quickly — as if he didn’t get them back into his wallet fast enough, someone might steal his money from him.

After they’d paid, the woman began to loosen up a little.

She had a second drink (they’d been nursing that first round for over an hour), and later she ordered a third.  She was thoroughly enjoying the show, talking with the people next to her who were also having a great time.

But throughout the entire show, that man just sat there with the same sour frown, his lips still tightly clenched.

By now his first drink was nothing but a shallow pool of melted ice cubes, a squeezed lime at the bottom of the glass, with a sip stick sticking out of the top.  For three hours he sat there clenching that empty glass.

I refilled his water glass repeatedly, smiling each time.  “Would you like a little more water?” I asked.

I have to admit I was enjoying his misery.

After the show, the most amazing thing happened.

Wanda Jackson — a member of the Rock and Roll Hall of Fame, a woman who’s been called “America’s first female rock and roll singer” — Wanda Jackson sat in the kitchen doing side-work with the wait staff.

And when someone at the bar was telling Wanda’s husband how she’d always followed his wife’s career, and that she had waited a lifetime to see Wanda perform live — he asked her if she’d like to meet Wanda. 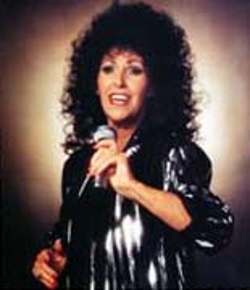 Wanda’s husband lead the lady back to the kitchen where Wanda was doing roll-ups.

Wanda came out later and sat with at the bar with this lady, who was there with her daughter.

A small crowd gathered around.  People were buying Wanda drinks, her husband was buying them drinks in return . . . and the two of them sat in the middle of all this as though they were simply in a neighborhood bar, and it was just another Saturday night.

It really was a beautiful scene.  (Listen to Wanda Jackson.)