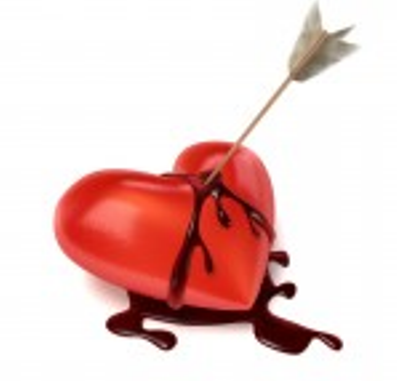 They say that everybody remembers their first time, but I think I remember mine a bit more than most.

My first time came after being a virgin all through high school — and even later than that, it was only after the bandages were removed that I actually hit a home run.  Seriously, I didn’t get anywhere until that gauze was unwrapped.

I guess some background is needed.

I remember making out with a girl (one of three such moments I had back then) — we were at her parent’s house when no one else was around.  We were going at it hot and heavy, and I had a raging woodie, but I was too intimidated to try anything but kiss her.

After a few minutes she stopped and pushed me back, looked me in the eyes.  “I’m game,” she said calmly.

But I just continued to fondle her though her blouse.

The next day I told a friend and he laughed out loud.  “Jesus, Mike” he said, “Didn’t you know she was telling you she was ready?”

The summer after high school, I met a girl from a neighboring district while my friends and I were out at a bar.  I fell head-over-heels in love with her.  She became the first girlfriend I’d ever had.

We went to the New York State Fair together (it’s held in Syracuse), and spent most of our time looking at the model home interiors.  (We assumed that someday we’d be married, so why not start looking now?)

I was so head-over-heels that I didn’t go to college that fall — how could I leave, this was my first girlfriend!  I figured I could always go next year.

At the end of every date my girl and I would park on a remote road not far from her family home . . . but we never did anything beyond making out.

That was it — through the summer, then through fall, and all through those freezing cold nights in the car during the winter — nothing but making out.

Sometime after New Year’s, she began giving me hand jobs, and then performing oral sex — she was always the one to initiate these advances.

When the big night finally came, once again in the car, the most unexpected thing happened.  I was trying to slide in . . . she was a virgin, too . . . but I was the one who was experiencing pain.  It was too excruciating to continue.

“Oh, why can’t we do it like everyone else!” she whimpered.

I knew something was wrong, so I made an appointment with the family doctor.

“You need to be circumcised,” he told me matter-of-factly, “Looks like the foreskin is too tight to slip down.”

All those years growing up, I apparently had this problem but was never in a position to be aware of it.  Now, at age eighteen, I needed to be circumcised.

God, I was dreading this.

I’d had taken a job while waiting to go to college, so I had to schedule a couple days off for day surgery.  This was embarrassing . . . I didn’t want to tell anyone why I needed the extra time off.

After the operation the slightest movement caused intense pain, so when I left hospital I was walking funny.  I had to stop at the pharmacy.  The nurse had told me to pick up some iodine so I could paint the stitches several times a day.

To this day, I don’t know why it had to be iodine.  It stains.

I used thin latex gloves.  I’d take the bandages off, paint with the iodine, then wrap myself up again with new gauze.  I tried to be careful, but even using gloves my hands always came out stained red.  I’d scrub and scrub, but they’d still be noticeably discolored pink.

For three weeks I had red stains on my hands, and was walking funny.

One day my girl and I were out with one of her friends.  I was walking better now.  Her friend had this smile on her face when she asked, “What’s all that red on your hands.”  She was struggling not to laugh.  My girlfriend must have told her.  I didn’t know what to say, my face as red as my hands.

But the worst part was when I woke up in the morning.  I’d wake with a raging hard-on, and it was extremely painful.  I looked down at my dick — there were small puffs of white and pink flesh popping out between the stitches.

I panicked.  I thought the insides of my dick were popping out of its sides.  I was convinced that the operation had gone horribly wrong!  I called the doctor for an emergency appointment.

“Imagine you had six-inch incision in your stomach,” the doctor told me.  I think he was smiling as he said it, looking at my stained hands.  “That’s the size of the incision you’ve had around the circumference,” he said, “This is the way it’s supposed to look.”

“Of course it’s going to be painful for a while,” he told me, “Especially if you have an erection — it’s pulling against the stitches — but really, it’s healing just fine.”

As I left his office, the doctor’s nurse was sitting behind the receptionists desk.  “Think clean thoughts!” she said with a smile as I hobbled out.

After a couple of weeks, my girl and I began to get excited.  “How are you feeling?” she’d ask innocently, but I knew what she was thinking . . . what we were both thinking.  How soon will it be healed?

When the day we were waiting for finally arrived, my girlfriend had her family’s home to herself.  This was the big moment!

You have to understand that when the foreskin is removed, the freshly-exposed tip is ridiculously sensitive.  And as a strict Catholic lass, my girl would only agree to using withdrawal as contraception, so I was extremely nervous and under a lot of pressure.

OK . . . OK, maybe I’m making excuses.  The bottom line — it was such an overwhelming sensation the first time sliding in, that I only lasted one second.

Fortunately, I was too dumb to know how poor my first performance had been . . . and my girl was too kind to say anything.

Anyway, things got a lot better and I went to Cortland State in the fall, but although my girlfriend and I had great sex once we got rolling — we never made it through four years.

College was too much of a distraction, and we split up when I was a sophomore.  She later married her old boy friend.

But that first time with her is something I’ll never forget.

14 Responses to THE FIRST TIME (a very personal story)