SIZE APPARENTLY DOES MATTER and then a pair of ladies panties 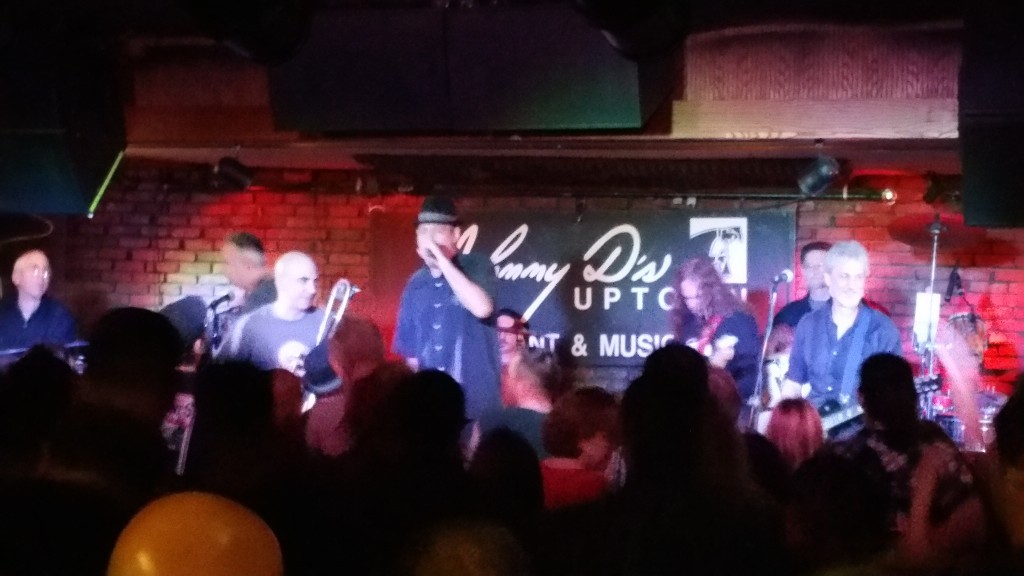 As Johnny D’s is about to close, a lot of us who worked there have been called for interviews. The club’s upcoming exit made the front page of The Boston Globe. It’s a big deal in this city … Johnny D’s has become an institution, winning national awards and featuring live performances by Dixie Chicks, Allison Krause, Neil Young, and Irma Thomas whose 60’s hit “Time is on my side” was later a smash cover for the Rolling Stones.

So, along with owner Carla DeLellis and others, last week I wound up talking about Johnny D’s with Amelia Mason of Boston’s National Public Radio Station, WBUR. (You can read the full transcript and Amelia’s oral history of our nightspot here. The actual broadcast on WBUR 90.9 was on the afternoon of 3/10; it may be aired again, so check their upcoming schedule. )

One of the questions asked . . . “What are some of the craziest, funniest things you saw at the club?” I was speaking off the top of my head and the following two stories immediately came to mind.

It’s a Sunday night as the Blues Jam ends, and with the music done the club has slowed to a crawl. We’re waiting to clean up and lock the doors. A few customers still hang around and some of the staff sit quietly quaffing after shift cocktails. Seated down at the end, Sarah … striking, sandy blond-haired, long and tall Sarah … Sarah who after graduating from college worked overseas with the Peace Corp, and now has a professional government job in downtown Boston. She bartends at Johnny D’s on weekends. Sarah is talking with two other employees, Austin and Craig. As I walk by, I overhear part of their conversation. They’re discussing male penis size.

Austin is a Muay Thai (kickboxing) fighter. He recently won another bout in Western Mass. He’s also a college graduate, a teacher, and on weekends either a waiter or a doorman at the club. Craig is a free-spirited sort of guy who has a serious daytime job with a major national broadcasting network. He’s also a musician, having performed at the club, and works part-time in our booking office.

Whatever previous conversation led up to this, these two guys aim to provide Sarah with hand-drawn representations of their manhood.

Craig starts first. He picks up a standard 8 1/2 by 11-inch sheet of paper and studies it carefully. Realizing the limits of the paper straight up and down … it’s way too small side-to-side … he dramatically turns it sideways … to take advantage of the page’s full 11” length.

He draws a long penis that extends from one end of the sheet to the other.

This drawing has two huge balls underneath.

Craig studies his rendition for a moment and then hands the sheet to Austin. “That’s my dick,” Craig says. His attitude is … “Go ahead, top that!”

Unfazed, Austin accepts the challenge. He stares at the sheet, and then just below Craig’s rendition, he draws a dramatically less lengthy member.

As he shows the drawing to Craig, Austin says … “This is my dick,” … and Craig now has a satisfied smile. Austin has given up; he’s won.

Then Austin puts the sheet back on the bartop, and adds one more little detail beneath his drawing. He adds one of those little rectangular boxes at the bottom that indicate scale. “This drawing is to scale,” Austin says of his member’s portrait. “One inch equals one mile.” 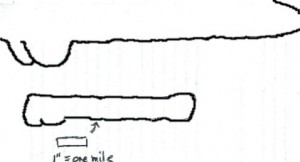 The story above is quite recent; this next one dates back to the late 90’s. It’s a slamming night at the club while a Cajun band plays, and the people here just want to dance. We’re serving as many glasses of water as mixed drinks and pints of beer. With the place rocking, I see a waitress approaching the service bar area. She’s got her arm extended way out in front of her and in her hand she’s carrying something between her forefinger and thumb. 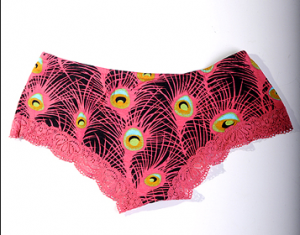 “Someone found these at the edge of the dance floor,” she tells me, arm still extended at full length. In her fingertips, she’s holding a pair of ladies panties.

“Yup,” the waitress says, “that’s what the guy told me. He said found them by the dance floor.”

Meanwhile, customers all around are waiting for drinks … so I take the panties and toss them behind some liquor bottles on the shelf. “That’s a good story,” I think. “Ladies silk panties found on the dance floor!” I’m wondering if, at the end of the night, I should put them in the large, lost-and-found tub beneath the coat racks by the rest rooms. Someone rummaging through the tub for an umbrella or sweater they left here will have a good laugh seeing a lost pair of woman’s panties in with everything else.

The nights rolls on, we keep making drinks and the incident is forgotten. Then at closing time, this cute little coed approaches the bar. “This is really embarrassing,” she tells me. “But did anyone turn in a pair of women’s panties?”

Turns out she’d been dancing like crazy and was beginning to feel hot on the crowded dance floor. She was wearing a long skirt, so she just lifted the skirt to her knees … didn’t take it off, but lifted it and reached underneath with both hands … and had slipped her panties off right on the dance floor, and then kicked them to the edge. When the song ended, she went to look for the panties but they were gone. Someone must have picked them up.

Did she stop dancing? No, she continued to dance all night . . . and then at the end of the night, she must have said to herself, “I guess I’ll check with the bar.” The night was over and now she stood across the bar from me, waiting to pick up her panties.

(If you haven’t read it yet, the first chapter of my recently-finished book is below. And don’t forget to check out Amelia Mason’s great piece on Johnny D’s. Again, it’s http://artery.wbur.org/2016/03/04/johnny-ds .)