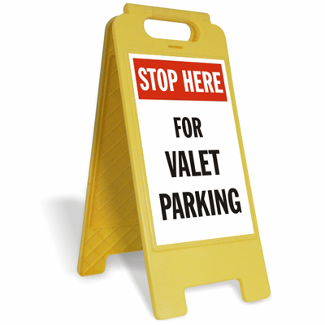 (I’ve changed the names and some of the details of the exact location in this . . . don’t want to piss anyone off, if you know what I mean.)

I met “Eddie C” (as I’ll call him) at a restaurant in Boston’s North End, the Italian district.  It was just around the corner from the place where I worked. This restaurant had a great little bar and if I got out early I’d usually end up there, talking with the staff or some of their regulars.  Eddie was both — he was on the staff, and he was always sitting at the bar.

I don’t think there was ever a time I didn’t see Eddie in his usual spot, sipping his Miller Genuine Draft.  He wouldn’t pound them down, just sipped from the bottle like it was a bottle of soda.

So I never saw Eddie drunk, not even noticeably buzzed — which was probably good, because he was working at the time.  Yup, as he sipped his beers he was that restaurant’s valet guy.

The sign in front of the restaurant said “VALET PARKING — see inside.”  Customers would walk in the front door with their keys, and be directed to Eddie.

I did a quick double-take the first time I saw this — the valet was sitting at the bar drinking.  But the customer handed Eddie the keys apparently without a second thought.

“Most of them know Eddie,” the bartender explained when I asked, “He’s actually the best valet we’ve had.”

“Best in the North End,” the bartender said.

“No one’s ever said anything?” I asked.  Eddie had just accepted a second customer’s car keys, taking them with one hand while lifting the bottle to his lips with the other.  He was taking one last swig before he left to park their car.

“Naw,” the bartender said matter-of-factly, “Eddie’s never had a complaint.”

He went on to explain that Eddie had a perfect record as a valet . . . Eddie had never had an accident, never brought even one car back with the slightest new dent or nick on it.

“The guy we had before him was a nightmare,” the bartender said. 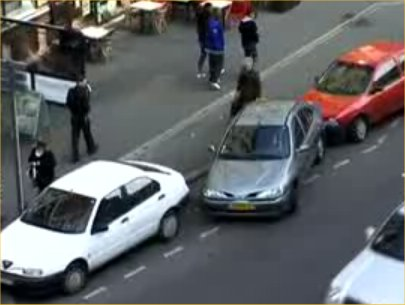 (Check out a funny video by clicking this picture. I’ve actually seen something like this happen in the North End when a valet was trying to find a spot to stash a customer’s car. It happened right across the street from the restaurant’s valet sign! Sorry no names, . . . but it sure wasn’t Eddie.)

Apparently the previous valet used to park the customer’s cars on the street instead of taking them to the parking lot.  The parking lot charged a flat fee for each car, but if the valet could find an open spot somewhere on the street, he’d still charge the customer the full fee listed on the sign . . . and keep the extra money for himself.

“Problem is . . . ,” the bartender continued, “Some customers would get a notice a month later for a parking ticket they didn’t know about, or their cars would have a dent from being parked on the street.”

“Eddie’s the only one,” the bartender told me, “Who takes ’em to the lot every time.”

I got to know the owner of the place after a while, and one day he was also talking about how much everyone loved Eddie.

“Christ, you should have seen the other guys we’ve had.”

He said they’d once had a valet who ended up stabbing a customer.  This valet had gotten into an argument with four male customers in their early twenties (probably over some minor damage to their car.)  Because there were four of them, the valet had pulled a knife.

Another of valet had hit a couple walking behind the car, just as he was backing it out.  He knocked them both down.  It was during the Feast of St. Anthony, when the streets were swarming with people.

“They weren’t really hurt or nothing,” the owner assured me, “But there was a cameraman from Channel Five filming right there.” (The local station was shooting footage for coverage of the festival.)

So now they had a valet who openly drank on the job, . . . sounded a little weird, but it was starting to make more sense.

Eddie was in his late fifties; around 5’ 9” or so, a sharp-faced thin guy with slick black hair.  He’d sit there smoking butt after butt of some generic brand cigarette with no label on the pack you’d recognized.

Eddie was always broke.  He counted on free beers from the bartender, and the beers bought for him by customers who wanted their cars parked (more on that later).  But as I got to know him, I learned that Eddie had this old-school way of getting things done, and his own strange sense of morality.

He might break into a warehouse and steal himself a new lawnmower — (just as a hypothetical example, if you know what I mean) — but to him that was just getting back at the establishment.  He’d never rip off an individual.  He’d never park a car on the street, then charge the customer the parking fee. 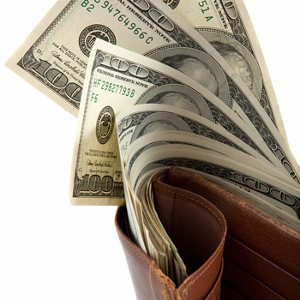 One night Eddie found a customer’s wallet in the men’s room . . . must have fallen out the guy’s pocket.  The wallet had over $700 cash in it.  Eddie could have easily pocketed the money and tossed the wallet into the waste basket.  No one would have known.  But that’s not Eddie.

He turned it in to the bartender, with all the money still inside.

Eddie had a sense of pride, a unique code of conduct.  Although he was always down to a handful of crumpled dollar bills, whenever a regular bought him a beer, he’d insist on buying the next round back for them — even if they were drinking expensive scotch and he was only drinking beer.  It’s as if there was an old set of rules written down somewhere in his head.

But I guess I saved the best for last — I actually didn’t find this out myself for a long time.

One night in conversation with Eddie, something came up.  It turns out that Eddie . . . the valet who openly drank on the job . . . didn’t have a driver’s license.

I laughed out loud the first time he told me.

He sat there with a look of surprise that I found this odd.

“Don’t see the big deal,” Eddie said, “Haven’t had a license since I was a teenager.  But it’s not like I’m really driving anywhere.”

Like I said, Eddie had his own set of rules.  He was a trip.

Then just as I was leaving that job in the North End to work someplace new, the city passed an ordinance — any restaurant in Boston that offered valet parking now had to have a licensed company provide the service.  (I think there was some political payoff involved.  As I remember it, the service had to be licensed by the city but when the ordinance was first passed, there was only one company to choose from.)

Anyway, the time when you could hire your own valet in the North End was over.

I never heard what happened to Eddie after that ordinance.  He probably moved on to some other niche that was just waiting for an old-school guy.