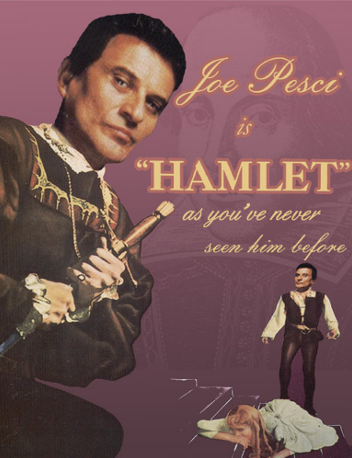 Me thinks he doth protest too much . . .

In wine, truth?  Well then, there are some people who probably shouldn’t drink — or at least they should learn when to drink, and when to stay sober.

Let me be clear, I know how it feels at the end of the night when you want to unwind.  The cold ones go down so easily after a long, hard-fought victory, or when you’re just out with friends and want to bust loose.  I have nothing against drinking in general, even when people get a little carried away . . . done that personally, more than a few times.

And I listen sympathetically when a customer has a few and wants to bend my ear; that’s part of the job, and I’m happy to do it.

But if someone has the world on their shoulders, or when things in their life are royally screwed-up . . . well, maybe they should refrain from drinking too much, at least in public.  It’s just too easy for the alcohol to loosen their stressed-out tongues, and turn them into slobbering fools.  Why not stay at home and drink alone, or drink with close friends; isn’t that what friends are for?

Which brings us to today’s story.  Normally I wouldn’t post something like this, but it was quite a few years ago, and the “customer/fool” statue of limitations has run out.

“I really liked this girl,” one customer was saying in the Harvard Square bar where I worked at the time.  (Girlfriend troubles — I knew the feeling, and didn’t mind listening.) “It looked like it was going somewhere,” he went on.

It seems he and a woman he’d been talking with a few weeks before had started a thing, and for a while it was apparently working out, although I thought I’d seen a couple of red warning flags.  When the two of them were together, he had all her attention, but as soon as he left for a minute, she immediately turned to any man sitting nearby.

When Greg (we’ll call him) was gone, she seemed to come to life.  She was more vivacious, and chatty, with that unmistakable “come-hither” smile.  It was as though she wasn’t really happy with Greg, and was just spending time with him until she found someone else, anyone else.

Once, with Greg in the men’s room, she started hitting on me.  “This isn’t good,” I thought, as I deflected her advances out of respect for Greg.  She leaned forward over the bar so that her cleavage showed, and I could feel her heat.  “This isn’t good at all,” I thought.

There had been warning signs, and now Greg was crying in his beer about it to me.  At this point I was still on his side, still properly sympathetic.  Then he said, “There was really nothing wrong with the relationship . . . she told me that.  The relationship was great, even she said so.”

This sounded a bit odd, but I didn’t think too much about it.  I’d probably served him too much — I knew he didn’t drive, and the cab stand he always used didn’t require crossing the street.  They were virtually parked right outside the bar.

“She said the relationship was fine,” Greg repeated, “Everything was good.”

“Everything was great, you know,” Greg continued, “I mean the sex was great, for both of us.”

Why do people need to repeat themselves when drinking?  Do they think by repeating things it sounds more true than if just said once?

“You’re telling me more than you want to!” I thought.

“The sex was really great,” he kept on; he wouldn’t stop.  “Really good for both of us.”

The more he went on, the more convinced I became that this had been the problem, at least in his mind.  He hadn’t felt quite up to the task.  Maybe he needed Viagra, or whatever . . . if sober he would have realized how all this sounded, and immediately shut up.

“We were both happy with the sex,” he said again.

Finally, I had to put an end to it.  It just was too embarrassing to listen anymore.

“I think you might want to call it a night, Greg,” I told him.  At this point, I wondered if I’d ever be able to look at him in the same way.  That had been just too much information, too much dirty laundry unintentionally aired.

He left, but half and hour later there was a call on the bar phone.  It was Greg.

“Sorry to bend your ear,” he said over the phone.  “But I was just so upset about the break-up.”

“Greg,” I interrupted, “I really think you should let it go for tonight.”  He was home now, but calling his bartender at work.  “Tomorrow’s another day, Greg,” I told him.

Bad enough when you have to shut someone off, and try to make sure that they get home OK.  Tucking them into bed is a little beyond the call, I think.

5 Responses to IN VINO, VERITAS