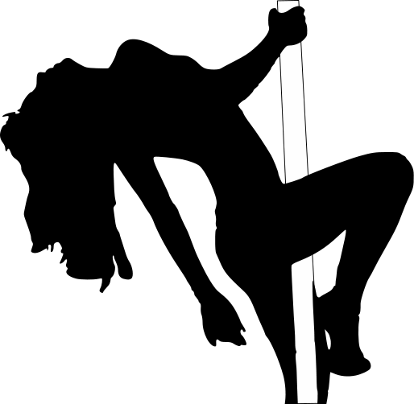 At Johnny D’s, a young woman leaned over the bar, almost grabbed my arm as I walked past.

For a second I thought she must be someone I should know, possibly a customer from years back that I couldn’t place now.

On closer look, I knew I wouldn’t have forgotten her.  With such a pretty face, her auburn hair fell over one shoulder.  She was wearing a loose white shirt, and while she spoke she moved just slightly beneath it, as though listening to some internal music.

“Not yet,” she laughed, and looked into my eyes.

We talked for a minute about nothing much.

When I finished a waitstaff round, she was still looking at me so I went back.  Maybe she didn’t feel like sitting alone — bartenders are usually good for quick companionship, easy conversation.

A few minutes later, a businessman sat beside her and she immediately started talking with him.  She laughed and touched his hand repeatedly as he quickly warmed up.

Then two young men sat down on the other side.  She turned and started talking with both of them.

A hunch was beginning to take shape.

She turned back and forth between the three of them, and when a second businessman joined the first she somehow managed to juggle all four.  I kept an eye on them; this could turn into trouble.  Guys can be territorial about someone like her.

Everyone seemed to be having a good time.  The men vied for her attention.  They seemed surprised that this young woman in her mid-twenties had come on to them.

Johnny D’s isn’t a pick-up joint.  Lots of people end up meeting, but we’re known more as a music club.  People come in to dance and listen to the bands.  Her behavior stood out in our crowd.  She was a knock-out, . . . she was bright, funny, so full of life that she was bursting at the seams.  She could have gotten anyone’s attention just sitting there.  Why did these guys get so lucky?

Because she didn’t want to wait.  She wanted all of their attention, right now.

I’ve seen a few former dancers in the bars.  Usually there are small signs that give them away.  I’ve seen them talk with guys you couldn’t imagine they were remotely interested in.

I remember one very attractive woman years ago — she was such a pleasant person at the bar — but she was determined to engage any man within reach.  I once watched her turn and talk with the guy on the left, while at the same time reaching back to put her hand on the knee of the man on the right.  She’d just been talking with him.  She didn’t want to lose either one of them.

Maybe the attention made her feel good about herself . . . but no, it was more than that.  It was as though if she couldn’t keep the attention of a man — every man  — then she didn’t exist.  One night she got little buzzed and confessed that she’d been a nude dancer at a club in Providence, and suddenly it all made sense.

Back at Johnny D’s, the young woman in the white blouse was even more relaxed and I watched her continue.  As I walked by I overheard her talking to the two young guys.  “Two can be done,” she said, “ . . . one in the pink, and one in the stink.”

Where did that come from?  This innocent-looking woman — how did she come up with a line like that?

The guys almost choked, but then began to laugh.  I figured it wasn’t a monetary proposition.  She was just flirting, and by now she really had them going.

I was amazed with her ability to work these men.  She immediately discovered the key to each guy’s interest and exploited it to the hilt.  Did he hope to get laid?  Did he want to brag about his job?  Through raw instinct or cunning calculation she kept each of them leaning toward her.

One of the group left, and she was visibly disappointed.

I watched her gather herself, then immediately double her efforts to keep the rest involved.  She was like a hostess at a party after an important guest leaves, now determined that those remaining don’t get the same idea.

I once dated a dancer over a summer break during my college years.  I remember when she first told me she was a dancer, it sounded like she was saying, “I’m a stripper . . . You want to date me, don’t you?”

We did go out, and one night I went to see her work.  When I was at the bar, watching the other dancers while she was backstage, the bartender came over to me.  “Everyone thinks they’re jet-setters, high-rollers, because of the way they look,” he told me, “But most of them lead pretty sparse lives.”

“Some of them just manage to get by, living in run-down rooms. They’re just ordinary girls.”

I figured the one I was with must have told him we were dating.  In his own way, he was trying to put in a good word for her.

She was wild, this summer dancer.  She was a lot of fun when she had a few drinks and definitely uninhibited in the sack, but in the mornings, she’d be crippled by sadness.  Sometimes she’d talk about her childhood, her ex-husband, her life, and she’d just start crying.  I’d hold her in my arms, and rock her back and forth.

I’m sure it’s not the same for every dancer, or ex-dancer, but it’s true enough about many of them.  When you’re young and you learn that the foxy lady at your bar was once a stripper, your ears perk up.  Your first thought, “Maybe tonight’s my night!”

As you get older you’re more likely to think “Do I really want to get involved?”

Now the young woman at Johnny D’s was too relaxed.  She’d had three drinks in two hours, but she was definitely buzzed.  Maybe she was taking pills, or was on medication.  She was becoming a little loopy.

When she asked for another drink, I leaned forward to talk with her discretely.  “I think I‘m going to hold off on that,” I said, “For tonight anyway.”

“You‘re shutting me off?”  She seemed surprised, but perhaps not entirely.

“I thought you liked me,” she said, “I thought we were friends.  I can’t believe you’re shutting me off.”

“I want to make sure you get home OK,” I told her, “I don’t want you to wake up tomorrow with any regrets.”

As I stood across from her, I was wishing I could help her in some way.

I stood there wondering if there was something I could say or do that would make this better, at least for tonight.

But this wasn’t the time or place, and I doubted I was the person anyway.  Best thing for her right now was exactly what I was doing.

“Really?” she asked softly, as though she couldn’t quite believe it.  She seemed so disappointed, still looking in my eyes.  “You’re sure?”

13 Responses to SPOTTING THE EX-STRIPPER