CONFUCIUS IN THE HOUSE (and other bar stool philosophers) 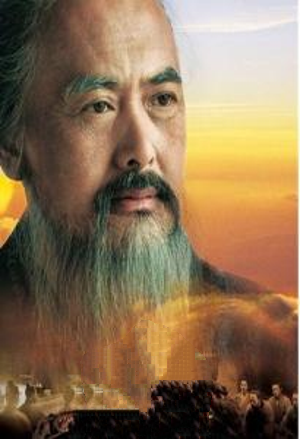 It was eight o’clock in the morning and I knew exactly what was coming next.  Even still half-asleep, I knew . . .

“Is there any way you can work for me today?” Stacey asked.

She was hung-over.  It was eight in the morning and she was too hung-over to make it to her day shift at The Lark Tavern.

Stacey and I were no longer “a couple” — now we were just good friends — but after a night of drinking we’d sometimes end up in the sack together.  Last night we’d really tied one on, and now she wanted me to work for her this morning.

“I’m really hurting,” Stacy said, sitting beside me as I lay there, “I mean really.”

What could I do?  She was a friend, and in our kind of job being hung-over is almost a legitimate excuse.

While I was in the shower, Stacey called Gail, the owner’s daughter, and said that I’d be working for her today, but I couldn’t get there until later.

My ass was dragging on the one-block walk to The Lark.  We all lived in the neighborhood.  “Good morning!” Gail said with a big smile when I arrived.

The first thing I did was pour myself a mug of coffee, and add a good shot of Jameson whiskey.  Back then we could all have a drink while on the job . . .  you just had to keep it limited, under control.

Around noon-time, a psychology professor from Albany State stopped in for lunch.  He was really smart, always proper in his dress and behavior, but there was also something a little odd about him.

I chalked it up to his profession — you know what they say about psychiatrists and psychologists — they may go into that field to solve their own problems.

(Way down the road, several months after this day shift, the professor would come in with a younger man, a guy dressed like a mid-western cowboy and talking with this outrageous cowboy accent.  They’d have an argument when this cowboy began dancing with everyone, including other men.  At one point, I overheard the professor say to the young man, “Why do you do this to me . . .  you know I love you!”)

Anyway, that night still lay ahead in the future.  Right now, I was hung-over and talking with the professor. 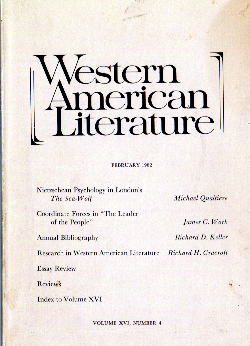 He asked about my ongoing plans to write an academic paper.  I’d told him about it one day.

Today he wanted to know what I saw as my end goal, and I told him all the things I expected to happen when I got this series of papers published.

“One thing you’ll learn in this life,” the professor said somberly now, “Is that no one will ever just give you anything.”

His words stopped me short.  I immediately knew he was right.

But I also heard a sadness in his voice, a kind of personal lament.  His comment wasn’t about a bartender caught up in dreams.  He was thinking about himself . . . and looking back on his own life.  Apparently that life had a lingering, bitter after-taste.

Later a woman from the state government offices was sitting at the bar.  (Here’s the central part of all this rambling.)  As I set down her drink, she was asking how I ended up here.  What brought me to Albany?  Why was I tending bar at The Lark Tavern?

“It’s a long story,” I began.  (You have to understand, I was working an unexpected day shift and wasn’t making any money.  I was still a little hung-over.  Maybe I was feeling sorry for myself.  Maybe I was wondering . . . what am I doing here?)

I told the woman it wasn’t anything planned . . . that I’d come to Albany to visit my sister for a couple of weeks, and somehow I just ended up staying.  I told her that I’d run out of money, and finding myself alone and broke in a strange city, I just fell into a job that it seemed I’d always done before.

It was a long explanation, and I tried to make it interesting.

There was a guy sitting a few bar stools away, and evidently he’d been listening to our conversation.  His head wasn’t exactly on the bar, but he was bent over his drink, and his posture and general air had that unmistakable “down-and-out” aura.

After I’d finished my story, he lifted his head and said:  “Life is a path of many windings.”

He didn’t turn to address us.  He was looking straight ahead, talking to the air in front of him.  I guess he might have been talking to us, or maybe after hearing my story he was simply thinking out loud to himself.

At the time I didn’t know he was quoting Confucius, although it did sound like old Chinese wisdom.  He was just some guy at the bar making a random comment after sitting there in silence throughout our entire conversation.

“Life is a path of many windings,” he said, and then he bent his head down over his drink again.

The woman and I just stopped and looked at him.

Then she laughed; we were both a little shocked and surprised by his unexpected words.  It was one of those “from the mouth of babes” things . . . but this was an eerily spot-on comment from an unknown drunk at the bar.

The woman and I looked each other in the eyes, and shook our heads in amazement.

The epilogue:  Something happened at the club a few weeks back that made me think of all this . . . one of those comments from a customer that stops you in your tracks for a second.

Kevin is one of the most-respected musicians at the Sunday blues jam.  He quit drinking a long time ago, and we were talking about all the time we’d both wasted over the years by just running around, and being hung-over the next day.

It was one hell of a good time — we couldn’t deny that — but we were talking about how we might have done things differently.  (Kevin is totally on the wagon; I still have a couple of beers every night but don’t drink like I used to.)

Kevin thought about it for a second.

“I don’t regret it one bit,” he said.  “It was just something I had to go through to get to where I am now.”