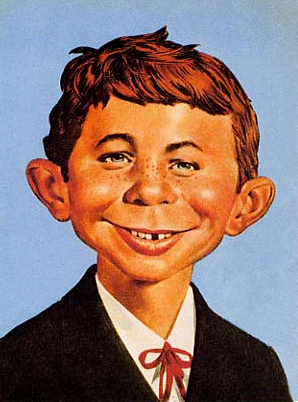 Below is a real-life case study of a Yelp! review — first the reviewer’s lengthy and numerous complaints, and then a look at the facts.  Unfortunately for the reviewer, everything happened to be recorded on camera . . . ).

For all the many gripes and extortion lawsuits against Yelp! perhaps the most damning critique is a common-sense analogy that’s being tossed around lately.

If you want to find a good mechanic, the best school for your kids, or you’re looking for a reliable open-heart surgeon . . . do you ask the opinion of a perfect stranger walking down the street?

If you’re in an AOL chat room, do you necessarily believe that everything you’re being told is true?  Is the woman you’re talking with online really a 36″-24″-36″ former Playmate model?  What makes us think Yelp! is any better?

The fact that anyone (regardless of their motive, intelligence, or qualifications) is free to post an online review on Yelp! . . .  well, that would seem sufficient warning.  Yet people continue to read it.

And Yelp! continues to grow — and businesses continue to be put-out-of-business by these totally un-verified “independent reviews.”  (Yelp! offers another option.  You just have to pay them hundreds of dollars a month and they’ll “filter” things so that good comments have equal billing with the negative ones.  The good reviews remain buried at the bottom until you pay them money?  Some people think that’s extortion.)

A friend of mine runs a popular Boston area restaurant — and when his establishment recently received a negative Yelp! review, he decided to see for himself what actually happened.  His restaurant has a security camera system.

First, here’s a summary of that published Yelp! complaint.  (So we can keep the identity of the reviewer anonymous, I’ll list the main points rather than reprint it entirely.)

— The reviewer claimed to have arrived at 9:00 PM for a reservation, but not be seated until 9:30.

—  The reviewer stated that their waitperson was “clearly overwhelmed“, and that “it took her forever” to get to them.

— The reviewer said that a burger was delivered without the bacon they’d ordered.  There was also a complaint about the overall quality of their meal.  (Can we trust this person?  Did they actually order bacon . . . or did they mistakenly assume that it automatically came with the burger?  Don’t vote yet . . . wait until we see just how reliable/unreliable this reviewer proves to be.)

— The reviewer said that by the time they found someone to complain to about the missing bacon, they were already “half-way done” with their meal.

— The reviewer complained they received “mediocre” service from a “harried” waitress.

My friend, the manager, wanted to see what had gone wrong.  The waitperson involved was one of his best . . . so he checked the restaurant’s security tapes.  He was able to identify the reviewer by reservation time, and the table’s specific order.

Here’s what the actual recorded video shows.  (I changed the name of the waitperson to “K”.)

“*” denotes when “K” looked in and may have communicated with the customer, hard to tell

Longest times between visits:
12 minutes while food order is being prepared (customers had drinks)
9 minutes when customer is dancing
9 minutes after dropping off the C.C.

Hmmm, I’d say that waitperson was pretty darn attentive.  What was all the bullsh*t about her being “overwhelmed” and “taking forever” to get to them?

Following the “two-bite” rule, the waitperson stopped by to ask how everything was for them one minute after the food was delivered — and then she immediately went to the kitchen.  (The reviewer claimed it took the server “forever” to stop back, and that they were already “half-way done” with their meal before they could point out there was no bacon on the burger.)

The bacon (was it actually initially ordered by the reviewer?) arrived three minutes later.

As recorded on the security cameras, this waitperson was checking on the reviewer’s table repeatedly, if only to look in and give them the chance to request more service.

If the reviewer’s complaints were that far off — on the actual time frame, and the promptness and quality of the service — how much can we trust the rest of what was said?

I think we might get a more honest and accurate review from that self-proclaimed AOL centerfold playmate.