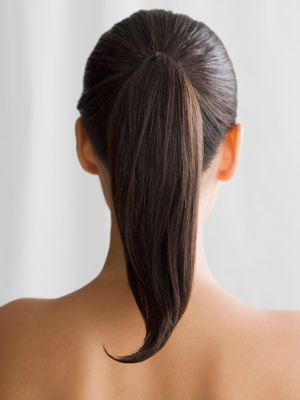 I was back to strictly bartending again . . . this time at an Italian restaurant in Boston’s North End.

For the last two years I’d been working 60-70 hours a week as a GM — working so much that more than once I slept overnight in offices of Friends & Company.  (It was a two-level restaurant/bar in Boston’s Faneuil Hall.)  I always kept a clean shirt and a different tie in the office — a quick shower at a near-by fitness club, then back to work.

So what did I do now that I had a new (much easier) bartending job, and the night off?

I headed to Friends & Company . . . the same place I’d been so eager to escape.

Now it seemed like a great spot to visit.  When I walked in the door I already knew half of the people there — all the regulars were like old friends, and I’d hired and trained most of the staff.

After a few beers I felt like I still ran the place.

So when I saw a new hostess seating customers at the downstairs tables, I didn’t hesitate to offer her a suggestion.  (Maybe being buzzed was somewhat of an excuse.)

“If you had seated that deuce at table 40 by the wall,” I said authoritatively, “You would have had the three-top open for the party waiting now.”  I smiled at her.

She stopped and looked at me.

I’d later learn that she was nineteen-years-old.  She had thick brown hair, a beautiful face, and she was dressed-to-kill in a slightly flamboyant outfit.  She was a knock-out, a real head-turner.

She stood there looking at me for a second.  I suppose at her age she was taken aback by this perfect stranger just walking up to her.

“And who are you to come up and tell me how to do my job!” she said, gaining steam.

“Just a suggestion,” I said, and walked away.

As I was leaving the host stand, she was already asking some of the staff who was this guy (me), and what the hell did he think he was doing, trying to give her advice?

“You’ve got a lot of nerve,” she started out when I went back later to talk with her again.  Her tone was different.  By now she must have seen me joking with all the staff and the regulars, and figured I was OK.  She was more pleasant this time, but she still wanted to lecture me.

“I don’t care if you used to be the GM here,” she said sternly, although smiling, “You’re not now!  And you’re not my boss.”

“Listen, ‘Boom–boom’,” I said without thinking.

The words came out before I knew what I was saying.  I’d been watching her seat customers, and she did have this strutting, bouncy sort of ‘Boom-boom’ style.  She was always smiling — a trim, laughing, large-breasted girl with a runway strut leading people to their tables.  It was as though she was on stage, and this night was all about her.

I was a little drunk, so it just popped out.

But everyone started laughing, and then she laughed too.  ‘Boom-boom’ actually summed her up perfectly; it became her nickname.

That night she got off early (Friends & Company was open until 2:00 AM., but hostess-seating stopped at midnight.)  By now we’d been talking for quite a while, and she and I ended up trying to catch last-call at a bar in the Theater District.

“You’re only nineteen,” I said as we walked into the place.

“Paul always serves me,” she answered, giving a friendly wave to the bartender as we took our stools, “He knows I’m underage, but I have a good fake ID . . . wanna see it?”

I remember she drank “Pearl Harbors” — an overly-sweet cocktail for my tastes, but probably something that went down more easily at her age.

She had three or four of them within a very short time as we continued to talk and laugh.

Then we went back to her apartment.

The next morning I was checking the time on her bedside clock when I noticed a bullet laying beside it on the nightstand. 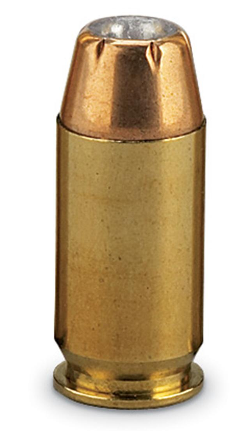 It was an unfired hollow-point bullet . . . probably for something like a 45-caliber handgun.

“Oh Jeez,” she said when I asked what this was — I was laying on my back, holding it up in one hand.

“Hank must have left that,” she said, rolling over to face me, propped on one elbow.  “He’s always doing crap like that . . . he thinks he’s going to scare away anyone I might bring home with me.”

It seems she was going out with a guy who thought she was his girlfriend . . . and he had a gun and was some sort of low-level Mafia gangster . . . and he thought he owned her.

“You’re not scared, are you?” she laughed, and she pulled me back down on top of her.

Anyway, that’s how Pauline’s and my relationship began.

As time went on, I never would have said she was my steady girlfriend, and I certainly wasn’t her only boyfriend.  I didn’t ask what she did when we weren’t with each other, and she never asked me.  We just kept ending up together.

Sometimes it would be once a week for a while, and then I wouldn’t see her again for a month.  When we got together it was like we were meant for each other . . . and then we were on our own until the next time, whenever that might be.

Sometimes I’d call her.  Other times she’d stop over to see me, all upset about something.

Once a guy I knew from Friends & Company suggested that he and I should go out on the town for dinner and drinks.  He was interested in a girl he’d just met, and he said I should bring someone too.

“Who will you be asking?” the guy wanted to know.

He was right, and I took crap all night for him being right.

At first with Pauline, I thought it was strictly sex.  You know how it is when you hit it off with someone that way.  When we were together we couldn’t get enough of each other.  We would be up all night doing everything.

Once, after we hadn’t seen each other for a couple of weeks, we ended up fucking ourselves silly.  We had stayed at my place, and the next afternoon when I was walking her to the subway stop in Harvard Square, we were leaning against each other, arms over each others shoulders.

“My legs are bending both ways,” I joked as we walked along the sidewalk.

“Next time we can’t wait so long,” she said, “Or someday we’ll fuck ourselves to death.”

The problem, in my mind, was that I was a lot older than she was . . . more than ten-years-older, and that’s a lot when a girl is nineteen.

She had just moved here to Boston from the Midwest, and she was only starting out in life.  I could never see a real relationship developing.  She had once asked something like “what-we-are-doing?” and I explained that I thought I was too old for her . . . but I wasn’t sure it was a serious question anyway.

She was just a young, strong, bold girl . . . sometimes too strong for her own good.  She’d end up doing something — just about anything — without ever thinking where it might lead.

“You have to be more careful, Pauline,” I’d tell her, “Your strength is in some ways your biggest weakness.  You think you can do anything you want.  You take risks without realizing the potential consequences.”

But of course she was too headstrong, and probably too young to really know what I meant.

Like when she finally stopped seeing that gangster guy, Hank, and started dating a drug-dealing photographer who claimed he was from Norway.

I never met Hank, and now I’d never meet the photographer, but Pauline told me all about him.  She ended up moving into his place . . . a condo he owned in Boston’s exclusive Beacon Hill district.

The amazing thing was that our relationship didn’t change one bit — not with Hank, or now with the new guy.  We were still getting together the same as we always had, and sometimes she’d tell me what was going on with the photographer.

She had started doing coke all the time when she was with him, and she was telling me about the parties he’d sometimes send her to by herself.  I thought from what she said that maybe he was having her fuck some of his wealthy drug clients.

“But you really shouldn’t worry about me,” she said, “I can take care of myself.”

She was only nineteen . . . maybe too attractive, and way too bold for her own good.

9 Responses to “BOOM-BOOM” (Pauline; Part I)