FREE BEER; Part II (A moment in the sun)

At some point, I imagine every blogger wonders who’s out there reading.  How many unseen visitors are dropping by?  Do they glance at the first few sentences and then move on, or do they stay for a while and continue to read?

Since starting this blog, I’ve relied on site analytics to find out.  I have one graph that shows how many people visit, another that displays how many pages have been read, and so on.

Over the past year and a half, I’ve watched our readership grow by leaps and bounds (thank you, thank you!) . . . but to be honest, for the past two months, the graphs have been pretty flat.  (See the left side of the chart above.)

I’m not complaining.  I never imagined we’d reach our current rank — but it did seem that in recent months the site had pretty much . . . well, plateaued.

Then last week, out of the blue, the numbers doubled.  That line running across the chart, which had remained even for so long . . . now that line jumped up dramatically!  (Look at the right side of the chart!)

“Wow!” I thought, studying the numbers carefully.  I almost had to rub my eyes with both hands.  “Holy shit!”

I checked the next day, and there was another huge jump.  The line had spiked even higher!  Now I was getting excited. 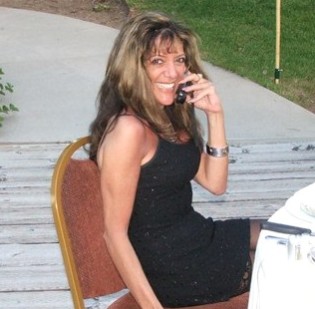 My best friend, Colleen (She has a personal phone book with a thousand numbers.)

“You know, lately that blog is all you talk about,” Colleen said over the phone when I told her.

It was true.  Day after day the new visitors were arriving in droves.

The next day, the numbers had tripled!  Tripled!  TRIPLED!!!!!

“What do you think it is?” Colleen asked the next time we spoke.

“When did it start?” she asked.

“Last Friday,” I told her, “February 24th, something like that.”

There was a pause.  “Do you think it has anything to do with your post that Friday?” she asked.

No way.  How could one post make so much difference?

I thought about it some more.  It was Feb. 24th when things started to go crazy.  It was a good post that week, but probably not a great one.  I think other posts have been better.  It was a story about giving away free beer at The Mug, in Cortland . . .

A crazy thought struck me and wouldn’t let go.  Wait a minute . . .

Oh, NO!  Suddenly I envisioned on-line folks across the web doing a Google search for things related to “Beer.”  Somewhere on that result list they’d come across my article, . . . titled “FREE BEER!”

I thought of the fellow bloggers who are kind enough to link me on their blogroll (please check my blogroll on the right sidebar.)  On some of those sites, the lists include not only the blog’s name . . . but also the current title.

A Bartender’s Guide:  “How to make a Mojito”

Serving the Public:  “I got stiffed last night”

“That’s it,” I said to Colleen, “That’s all it was . . . people have been clicking on my blog because they wanted to know where they could find free beer.”

For the next two days, I hoped I was wrong.  Maybe the exponential rise would continue.  Maybe the charts would still sail onward and upward . . .

The sun sets suddenly on my “free beer” popularity. (Actual chart from this blog.)

But, nooo . . . the graphs rose once or twice more as the week ended.  Then when I posted a new story the following Friday — a story that wasn’t titled “Free Beer!” — the numbers began their inevitable slide.  Now I know how the stockbrokers felt in 1929, as they watched their market graphs plunge.  It had been my moment in the sun, and now it was over.

“Isn’t that insane?” she continued, “All those people just trying to find free beer.”

I didn’t say anything.  The wind had been taken from my sails.

I had been off and running.  I had imagined great things . . . millions and millions of readers who would perhaps someday place some sort of crown on my head.

“Maybe you should spend more time coming up with good titles,” Colleen said.  She was trying to be helpful.

15 Responses to FREE BEER; Part II (A moment in the sun)