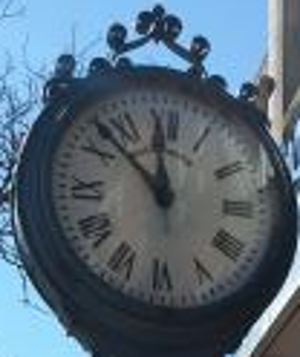 At first, we thought he was just a little weird, one of the many off-beat characters in Harvard Square. He wasn’t a bad guy; sometimes he was even funny, doing or saying something that made everyone laugh. And when they did laugh, Howie would stand there with that lopsided grin, snorting short little laughs of his own.

This was my first job in the Boston area, at a place called Jake’s. Later the joint would become The Sunflower Café, which in turn would eventually be bought out by Pizzeria Uno, an operation still there today on 22 JFK Street, in the heart of the square.

But back then it was Jake’s, and it was a popular local watering hole with a small pub in the basement, and a full restaurant upstairs at street level. Having just moved to Boston, it felt great to be working in a bar again, and as the new bartender I’m sure I let a lot of things slide–trying to figure out and deal with all these new, sometimes strange people. Howie was only one of them.

Howie could definitely be a pain in the ass. He was one of those guys you had to constantly keep an eye on–where he went, who he was talking with, and especially how other customers were reacting to him.

He wasn’t loud, or rude, not really offensive in any way. He was just weird, and sometimes that could make people uncomfortable. A lot of college students frequented Jake’s, and along with the occasional professor they set the tone for the place–Harvard University was right across the street. The place wasn’t snobby, but definitely upscale and perhaps with an intellectual air you wouldn’t find in downtown Boston bars.

Howie didn’t fit in; he acted goofy, and was goofy-looking. The clothes he had on were definitely a little weird, as though he were intentionally dressing out of style. He’d wear these oversized, tan-colored Bermuda shorts, with the pants legs coming down below his knees. He usually had on a brightly-colored Hawaiian-type shirt, and he kept his sunglasses on even inside the bar.

“Why don’t you take the sunglasses off, Howie,” I said to him one day, after I’d gotten to know him a little better. He just looked at me, leaning forward a bit as if trying to see through the dark lenses. “You should lose the shades, Howie,” I continued, “unless your goal is to make people stare.”

After that when Howie came down the pub steps, he usually would put the sunglasses in his shirt pocket.

But it wasn’t only what he wore. Howie’s behavior was a little weird. He’d kind of lean in toward people when he talked with them, as though he really wanted to connect with them, these complete strangers–apparently not realizing he might actually be making them uncomfortable.

And he’d speak slowly, very carefully, sometimes hanging onto a word or two longer than necessary. Like when he told people his name. He’d hang onto his name as he spoke it, dragging it out. “I’m Hooow-ie,” he’d say. “My name is “Hooow-ie!”

After a few months, we learned that he was a disabled Vietnam veteran. We heard that he was living off monthly checks for unspecified injuries suffered during the war. Whoever told us wasn’t sure of all the details, but we figured it had to involve PTSD, Post-Traumatic Stress Disorder.

For those of us working the bar, this news had a weird, contradictory effect. On the one hand, any of the staff who had bitched and moaned about Howie now seemed more sympathetic toward him. But at the same time, even those of us who sort of liked Howie were now a little more cautious.

Back then you’d hear stories, true or not, about veterans who had suddenly snapped in a bar–doing something crazy, maybe even violent. “I don’t think you have to worry about Howie,” one of the local cops told me, when hanging out at the bar one night.

“Hey, he was always a little off, even before Vietnam,” the cop replied. “I’ve known Howie since he was a kid in the streets,  . . . he was never exactly normal. Too shy, too quiet, almost helpless.”

“But I don’t think he’ll ever give you any trouble,” the cop ordered another beer. “He’s OK, just weird, an outsider.”

Soon everyone who worked at Jake’s knew about Howie’s story. A few of the customers did, too–and definitely the management had heard all about it.

Up to this point, they were always telling us to just deal with Howie, that he was a paying customer, and this was our job. But now the managers were the first ones to  question everything he did. Jake’s was owned by a New York City restaurant group, and everything was always corporate down the line. Maybe they were worried about a lawsuit if Howie should lose it some day and go after another customer, or something worse.

Now it was the staff defending Howie. “He never really bothers anyone,” we explained to one of the managers, “and this is Harvard Square. What are we going to do . . . kick out everyone who doesn’t fit the mold? We’ll have no customers.”

Just like before, the bartenders were all keeping an eye on Howie, but now we were watching him because we sort of wanted to take care of him, I guess. We didn’t want him to do anything that would get him kicked out of the place.

For Howie, this bar had become a kind of home. It was hard to see him getting along in any of the other bars in the square. At least the staff here liked him and put up with him.

Most of the customers didn’t seem to mind Howie being there, and if we thought he was making someone uncomfortable, we’d quickly go over. “Howie,” we’d say, “come here for a minute. I want to talk with you.”

We’d  take him to the other end of the bar. “Stay here for a few minutes, Howie,” we’d say. “I think you’re better off down here for a while.”

He’d put a finger to his lips, as though silently saying, “Shhhush.” He’d have that goofy, lopsided grin, and say something like, “I’d better stay down here for a while. I’m better off down here.” As though it had all been his idea, to get him away from the nervous customer.

One night Howie did get into a confrontation with one of the customers–but I have to say it was the other guy who was being a jerk. Howie was actually the reasonable one of the two.

Something had happened, and this wannabe tough guy started mouthing off to Howie. The guy stood up in Howie‘s face. Their voices were raised for a minute, but then Howie just stepped back. He said something about not being interested in a fight, and then he walked away.

When word of this got back to Jake’s management, I guess it was the excuse they’d wanted. Back then, from time to time, we’d have actual brawls in Jake’s–bartenders jumping over the bar to break it up, and doormen carrying guys up the stairs to the front door.

This had only been a few quick, loud words and Howie had been the better man, walking away from it. Afterward he even tried to see what we were thinking about the incident. “How aaarrre you?” he asked with that grin. “How are we  . . . is everything OK here?” And the bartenders were fine with it, but now the management decided that Howie should be permanently barred

We felt bad about the decision–the bartenders and staff, and a good number of customers. For the next couple of days, everyone working behind the bar dreaded the idea that they would be the one to have to tell him. Tell him that he couldn’t come here anymore. I was glad it wasn’t me.

Later we heard that Howie actually tried to make several appointments with the management, to talk it over, to discuss things–but it was a done deal. Howie was out, permanently, they said.

We never saw Howie in Jake’s after he’d been told. We figured he found someplace else to hang out.

I ran into him one more time in Harvard Square, late one afternoon on my way to work. I was about to cross the street on the way to Jake’s, when I saw Howie standing by that antique-style, public clock in Harvard Square–right across from the subway station.

Howie was leaned against the pole of the clock, beneath its round face with the roman numerals. He had his sunglasses on, wearing those Bermuda shorts, and a loose, crazily-colored shirt. There was a large gauze bandage wrapped around the bottom of his left leg. The bandage was wrapped entirely around his leg, covering an area from just below his knee down to his ankle.

“How’s it going, Howie,” I asked when I stopped for a second. “What happened to your leg?”

Howie then told me that he’d been drinking at another bar in the square–I won’t mention the name, but back then it was a tough place, certainly rougher than Jake’s.

Howie said that he’d probably had too much to drink, and he must have dozed off, eyes closed, sitting there hunched over at the bar. Someone at the bar must have splashed some lighter fluid on the pair of pants he was wearing, and then they lit a match.

“I was jumping around, trying to put the flames out,” he said, “and everyone was lauuuughing!”

“They were laaughing,” he said, as he stood beneath the old clock. “They were all laaauuughing.”

“You need anything, Howie?” I asked, “you need a couple of bucks for some beers or anything?”

I still didn’t know what I should do. Nothing was going to make this better. “I wish things had worked out at Jake’s,” I said. “We all liked you, Howie . . . you know that.”

Then the light changed, and I had to get across the street. I was already a couple of minutes late for work. “Got to run, Howie,” I said, “you take care of yourself, OK?”

“You take care of yourself,” I said again, then I turned to leave and that was the last time I saw him.