JOHNNY D’S WILL BE CLOSING … 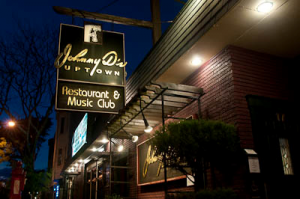 Mary Chapin Carpenter, Emmylou Harris and Bruce Cockburn once shared the billing at Johnny D’s … all three performing together on a stage that has seen so many, many outstanding shows. Dixie Chicks and Alison Krauss played every year on their way to a combined 40 Grammy Awards. Irma Thomas, The Motels, Wanda Jackson, Booker T. Jones, and a list so long I won’t go any further.

Now Johnny D’s will be closing early in 2016, and I have the inside scoop on why. I worked behind their bar for 25 years, and though I moved on, over the last year I’ve been watching something unfold. It’s about the hidden struggles when running a business, one nightspot in particular, and it’s also a human story both sad and hopeful.

Let’s start with some history. 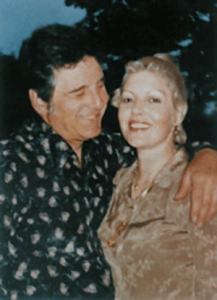 Carla’s parents, Tina and John DeLellis, opened the club in 1969–back when Davis Square (Somerville, MA) was a different place. It was a gangster enclave and some of the old-timers still talk about the gunfight at a bar called The Rail Side across the street. One mobster leaned out the bar’s back door and fired his gun repeatedly at others shooting down from the windows of the adjacent apartment building.

When the Red Line subway put a new stop in Davis Square, digging up the ground where The Rail Side had been, everyone knew there were changes ahead.

The DeLellis family added a restaurant and raised the level of music from country and western to local, regional and national acts playing the blues, jazz, folk, world beat, and rock … a mix so varied you had to check the schedule before making plans. One night you might have Brad Delp, lead singer for the band Boston, performing on stage … and the next night it would be rockabilly legend Dale Hawkins, who wrote Credence Clearwater’s well-known hit, Suzie Q.

At that point, there were only three members left in the DeLellis family. Johnny D himself had died of a heart attack so Tina and her kids Carla and Dave began running the place together. They were a team. 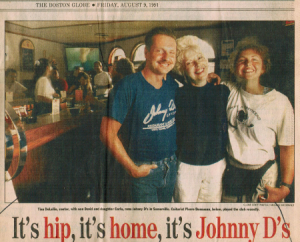 David, Tina and Carla (front-page photo from the LIVING/ARTS section of The Boston Sunday Globe)

Dave oversaw the bar, seated customers for the restaurant and kept a close eye on the physical maintenance of the place. Carla started a wildly popular brunch, and when she wasn’t tweaking the menu or handling advertising and promotions, she ran the booking office trying to pull in the right bands. Tina was the matriarch, watching over everything and handling the business end of the club. Tina had two separate business offices at Johnny D’s and one in her home.

They all worked long hours. Tina was at the club six nights a week while Carla sometimes worked seven days and nights in a row. Dave put in sixteen-hour-shifts, but always found time to squeeze in a day at Cape Cod. (He once had me Fed Ex the times cards to him so he could do the payroll on the beach.)

Dave died far too young. At 37, he fell to fast-moving cancer, leaving only Tina and Carla to carry on. It seemed there was always more work and fewer people to do it. 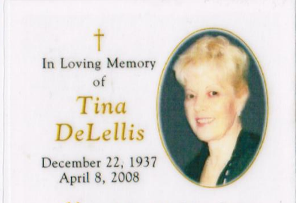 Tina DeLellis passed away in 2008. There are so many stories about this grand lady. She had grown up wearing rags in war-torn Italy, then came to America without completing high school and went on to become one of Boston’s most successful and respected club owners. (You can read more about Tina here.)

I can’t resist telling one story about Tina, something John B. and I were talking about on the phone the other day.

Booty Vortex was playing and Johnny D’s was packed. (For a short video of Booty Vortex and to see what the club is like, clock the image below.)

As the night rolled on, a young man came in with his wife to have dinner and dance. Then the wife went to the other side of the performance area and asked someone else to dance. The two of them continued to twirl on the dance floor until the woman’s husband got involved. There was a loud exchange and it looked like punches were about to be thrown when Tina stepped in. “My friend, my friend,” Tina said to the husband, “we won’t have any of that in my place.”

After the husband went back to his table and the young man returned to his spot on the other side, Tina turned to the trouble-making wife. “And you … you little hussy,” Tina said to the wife when the two men were gone. “YOU didn’t know you were married?”

“Don’t be starting trouble in my place,” Tina waved her finger in the woman’s face. “Or I’ll throw you out myself!”

Tina was one of a kind, and she was sorely missed … but no one felt it as much as Carla. She’d lost her mom and her business partner, an important ally in both respects.

By now Carla had married and become a mom herself, but when her marriage ended (another nightclub relationship causality) Carla was suddenly trying to raise four young children AND run a successful nightspot.

Maybe that was too long on the history part, but it sets the scene for the one moment in which I knew Carla faced some hard choices.

Carla had been at the club since early that morning, and was finally ready to go home and fix dinner for her kids when I walked into her office. Already held over for an extra two hours, her shoulders slumped when I told her there was something she had to deal with immediately.

“I’ll never get out of here,” Carla said. “Give me a minute. I’ve got to call the kids to tell them I’ll be late.”

While she began speaking to her youngest daughter, who was only five-years-old, it was as though I wasn’t even in the office. This was just a mom talking to a child who didn’t understand why her mother would be late coming home again.

“I’ll be home soon,” Carla continued, “but Mommy has to work right now.”

“No,” Carla said to her daughter, “No, honey … of course, Mommy loves you. I love you honey … but there’s something I have to do first.”

As Carla spoke, her voice was soothing and even, but she had tears running down her cheeks. Sitting in the office talking on the phone with her daughter, she continued silently crying.

“Mommy loves you, honey,” she said softly to her daughter. “I’ll be home soon, I promise.”

It took another two years to happened, but I knew at that moment something at Johnny D’s would have to change. When Carla made her announcement this past weekend, people wanted to know when I first heard about it … thinking that Carla might had told me earlier. Nope, I heard last Sunday afternoon the same as everyone else.

But that night with Carla in the office, I’d already seen all I needed to know.