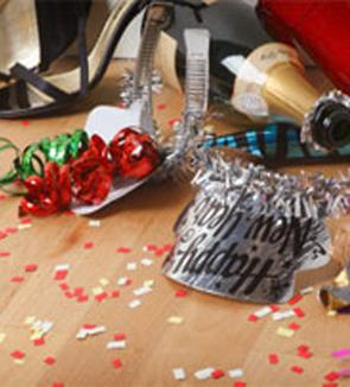 “Hey, are you going to put the game on?” he asked.

The tone of his request made me stop and turn.  I was on my way to the other end of the bar, two pints of beer in hand, when he just about reached out and grabbed me.  These were the first words he’d said aside from ordering his initial drink, and now they came out like, “Hey, what-the-fuck, are you going to put the game on or not!”

There are two large-screen TV’s at Johnny D’s, one at either end of the bar.  Both had games on — at the far end the Boston Celtics were playing; the other TV had the NY Giants against the Dallas Cowboys.  Apparently he wanted to see the Giants/Cowboys football game even though he walked the full length of the bar past that TV, choosing instead to sit in front of the one showing basketball.

The Sunday blues jam was going on and no one was really paying attention to either game, so I switched them.  The guy folded his arms across his chest as though the wait was taking every bit of his patience.

“There you go,“ I said.  I stood in front of him for a second with the TV clicker in hand . . . but he didn’t say “thanks” or anything.  His arms were still folded across his chest.

I suppose in some bars this is business as usual, but the man’s attitude stood out like a sore thumb at Johnny D’s.  The guy had a bug up his ass about something.

A few minutes later, a kid in his early twenties waved his hand.  “Could I have a menu?” he snapped.

Again, that tone.  What was going on here?

He’d just taken his seat at the bar . . . I swear his butt cheeks hadn’t even fully settled onto the bar stool before he had an attitude like he’d been waiting for half an hour.

Then I remembered that it was the afternoon after New Year’s Eve.

“That’s it,” I thought, “It’s the Memorial Day Syndrome.”  This might be a long shift.

Of course it wasn’t actually Memorial Day, but that’s when John Bonaccorso and I first talked about this syndrome.  It was maybe ten years ago and we were tending bar over a Memorial Day Weekend when we noticed that we had a lot of new faces in the club, and their attitude and behavior was quite different than our regular crowd.  Some of these new people walked in the door with a huge chip on their shoulder.  Nothing was quite right for them — not the band, the food, the service, not the freaking bar top — they weren’t going to be satisfied with anything.

“These are the people who weren’t invited to any cookouts or parties,” John said,  “They’re not a happy bunch.”

After that we called it the Memorial Day Syndrome, although I guess it also applies to those who were disappointed with their New Year’s Eve. 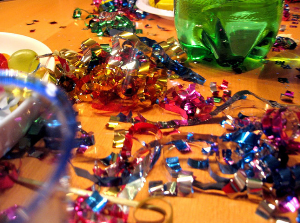 I  sympathize with people who have a tough time on the holidays.  I get the holiday blues myself.  It’s a bitch when things don’t live up to your expectations.  You feel like you’re missing out on something everyone else seems to have.

And I agree with the basic instinct to head for a local bar — but when you walk in with an attitude, are things really going to get any better for you?

Maybe I was wrong about what was behind their attitude, but I couldn’t help pick up on it.  It seemed to come from nowhere.

When you’ve been in the business for awhile this sort of thing jumps out at you.  It’s like a cop who’s walked the same beat a hundred times and quickly spots the guy who’s acting strangely, a little out of synch.  It’s a survival mechanism.

You’re probably not going to do or say anything about it, . . . something so small as a sour attitude, but you notice it, and you keep it in mind.  If it gets worse you might communicate with the other bartenders.  “Keep an eye on the guy in the blue shirt . . . something’s a little off about him.  He’s in a pissy mood.”

Now the menu guy ordered a hamburger as though he were doing me a favor.  “Well, I guess I’ll just have the hamburger,” he said in a huff.  As though he really wasn’t pleased with anything on the menu, but he’d be big about it  . . . and order a burger.

I usually can’t be bothered with people’s self-imposed moods.  As long as they’re not actually starting trouble, this stuff rolls off my back behind the taps.

If I screw something up, I feel bad about it.  If the kitchen screws up, if something about the club disappoints them — if it’s something that we might have done better, I’m concerned.  I’ll apologize and try to make it up to them.

But if someone has an attitude just because they’re in a bad mood . . . that’s their problem.  And please don’t think of letting your bad mood affect the people around you, because you’ll find yourself back out on the street.

I went down to talk with the regular blues jam players.

Later I went back to see if the TV guy wanted anything else.  As I set down his new beer, I thought I probably should have talked with him first — to see how he was doing.  I’d only served him one beer, but he might already have been drinking somewhere else.

“Great,” I thought, “He answers a simple question as though he’s returning a serve in some competitive game.”

“I’m doing a lot better now the holidays are over,” I said.

I wasn’t trying to be nice, or make him feel better.  I was just trying to get him to talk.  I knew that if he did spend New Year’s Eve alone, . . . I might be able to say something that would soften the sting.  But that wasn’t my goal.

“It seems like more work every year,” I continued, “I’m glad I worked New Year’s Eve . . . otherwise I probably would have stayed at home.”

“It’s too crazy,” I said, “And everything costs twice as much.”

We talked for a while.  I told him that I thought New Year’s Eve had changed a lot over the last 10-15 years, at least at Johnny D’s.  People didn’t seem so intent nowadays on finding that “Big-New-Year’s-Eve Date.”

“Our crowd had some couples,” I said, “But it was mostly groups of friends, male and female, and individuals who just wanted to celebrate with Booty Vortex . . . some of them knew a lot of people at the club, others were just meeting people as they went along.”

He said it sounded pretty cool.

It’s funny . . . making a small effort to be a little nice to this guy made me feel good.

Later when he was leaving, he made a point to catch my eye and give me a short wave.  “Thanks,” he said, “Take it easy.”  As though we were friends.