THAT FORMER EMPLOYEE IS WORKING … WHERE? 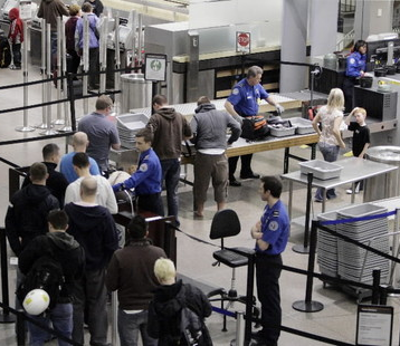 Johnny D’s has its share of outstanding alumni — people who have worked at the club, and then moved on.  One of our doormen worked weekend nights while attending law school.   He graduated and is now a Massachusetts State Trooper.  (Look for him to be Attorney General of MA one day.)  A bartender named Fan-Su also became a lawyer.

Bartender Anthony Michetti recently started his first “professional” job after earning his Master’s Degree in Environmental Engineering.  Michelle Cofrod was an accountant with a prestigious Boston firm while working here as a part-time waitress.  During the last presidential election, she was called to Colorado to help a major fund-raising group straighten out their books.

These are only a few of the many staffers at Johnny D’s who have moved on to such things as owning and running their own restaurants, or to high-level research in microbiology, or to careers in show business.

But I’m thinking today of another employee who left Johnny D’s for something different — and this employee’s new job was a bit of a surprise, considering that he’d been fired for stealing.

That’s right, he was fired for stealing.

This employee (we’ll call him Ben) wasn’t much of a worker anyway — by any stretch of the imagination.  He rarely showed up on time.  He never did much once he got here.  He was lazy.  He might have been the worst prep cook/expeditor we’ve ever had.

And he couldn’t be trusted.

The last straw came when the chef asked Ben to open his knack sack as he was trying to sneak out the kitchen door unnoticed.  Inside the bag, Ben had stashed two large plastic freezer bags filled with uncooked steak tips.  They were beneath a pile of his wrinkled T-shirts and socks.

So I was surprised to hear a couple of months later that Ben had found a new job rather quickly.  (Here it comes . . . . )

Ben is now an employee at Boston’s Logan International Airport.  He’s working for the TSA . . . the Transportation Security Agency.

Yup, Ben is now one of those uniformed security agents who check your bags before you’re allowed to board a flight.

Ben will search through your belongings for weapons, bombs, or illegal contraband.  Ben is keeping our country safe from terrorists, drug smugglers, and common criminals . . . any one of whom might slip a weak security agent some cash so they can slide by undetected.  Would Ben ever take such a bribe?

You can bet the farm on it.

Did the TSA do any background check at all???

Maybe this is why a recent review of the TSA found that incidents of agent misconduct were up more than 25% over the previous three years.

I’ve flown out of Logan airport twice since Ben began working for the TSA.  I didn’t happen to see him either time, but maybe one of these days I will.  And it will be tough not to say something like:  “I have no knives, guns, explosives or steak tips in my bags, Sir.”

6 Responses to THAT FORMER EMPLOYEE IS WORKING … WHERE?