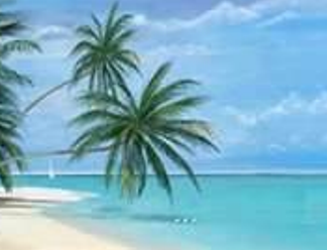 Usually when people talk about a bartender’s escape, scenes of tropical islands or some weekend ski resort come to mind.  But today I’m thinking about a different kind of break . . . an escape from the real world in the opposite direction.  Something that happens every time you step behind the taps.

What do you do when you split with your girlfriend, your apartment sucks, or you’ve just about had it with life in

general?  Want to stop thinking and get away for a while?  Working behind the bar might be the best answer.

The most obvious reason (and what got me into this business) — is that behind the taps you’re constantly meeting new people.  Men meet women, women meet men — whatever you’re into happens more easily tending bar.  But there’s actually quite a bit more going on.

(1) Keeping busy.  Everyone says the best solution for difficult times is to keep your mind off things.  In a busy bar, you have no choice.  When the rush hits, the biggest problems in the world are pushed to the background.  They melt away.  During the crunch you don’t have time to think . . . you don’t have time to notice that you’re hungry or thirsty, there’s no time to worry about that psycho roommate or the rent.  There’s no time for anything but pushing out the drinks.

I can’t tell you how often I’ve come to work in a bit of a funk . . . and then half an hour, an hour later, I’ll suddenly notice that I don’t feel so bad after all.  Without doing anything — by simply escaping behind the bar for a while — things seem to have a way of smoothing themselves out.

Yes, there’s pressure (Lucy in the chocolate factory comes to mind), but after a while you find yourself looking forward to that rush.  It is a great escape.  It’s like a veteran boxer stepping into the ring, worn and tired.  But then the rush hits, the bell rings, and everything becomes automatic.  The fighter still remains, . . . and when the crunch is over whatever was nagging you has somehow lightened up.  You feel strangely refreshed.

(2) “Where everybody knows your name.”  Of course that’s not always true, but it might as well be.  It’s the rare customer who remains a complete stranger for long.  People are much more open and social in a bar.

Imagine walking down the street and trying to strike up a conversation with someone walking the other way.  Sometimes on a bus you might talk with the person next to you, but those conversations are usually infrequent and short.

At the other end of the spectrum, people in bars are primed for interaction.  That’s why they’re here.  Every bar is different, and certainly there are the uppity-up places where status and protocol rule . . . but in most bars, conversation is welcome and even expected.

And no one has so much spontaneous conversation as the bartender.  No one has it so easy.

I remember working at The Lark Tavern when I was twenty years old.  One afternoon I ended up talking with an old-timer who felt my  generation spelled nothing but disaster.  I could see it in the way he looked at me.

But somehow we began talking about the New York Yankees — maybe there was a game on the TV at the time.  He began talking about some of the great Yankee moments of his day — the home run sluggers Mickey Mantle and Roger Maris, and Don Larsen’s perfect game in the 1952 World Series.  He clearly enjoyed reliving those times, and I thoroughly enjoyed listing.  He had some great stories.  By the time he left, this old guy and I were shaking hands with a genuine mutual respect . . . something I don’t expect would have happened if not in a bar.

(3) Shared enthusiasm.  Watching something you enjoy on TV or online is great, but there’s nothing like the shared enthusiasm of a crowd.  At a game in person, or at a concert, the overwhelming energy of the crowd is part of the experience.

That’s what it’s like working the bar in a busy place.

This past Saturday night at Johnny D’s, our good friend Justin stopped in — he wasn’t planning to stay long, but there was a band called Gilmour’s Breakfast playing a Pink Floyd tribute.  These guys were really, really good.  Everyone was loving the music, the crowd was applauding every song, and Justin ended up staying until the last one was over.

Even without live music, sometimes just the heightened vibe of the crowd is enough on it’s own to lift your spirits in a bar.  Being surrounded by people out to have a good time is irresistibly contagious.  There’s nothing quite like it.

(4) Doing something you’re good at.  Once you get your chops down, it’s nice to escape the outside struggles by doing something you’ve already mastered.  I can sit at home sweating over this chapter or that, feeling I have no idea what the hell I’m doing.

It’s good to take a break, to step behind the bar and do what I’ve been doing for most of my life.  It feels great to kick-ass behind the taps, to get the drinks out and be on top of everything for a while . . . and then go back to the life struggles, refreshed.

It’s probably a combination of all these things, but for me something about tending bar just makes for a great escape.

Here’s what happened last Saturday night, when I went to work feeling a little down.  Within in half an hour, these five people had completely turned my night around. 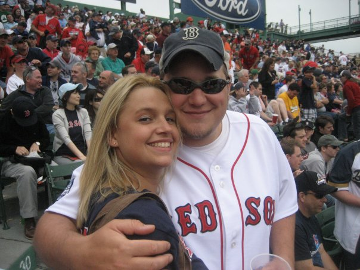 Val with her date at a Red Sox game.

First, Val (Valerie) came into the club.  I’ve known Val for years, every since she started coming to Monday Trivia Night.  We don’t see her nearly enough — during the week she has a serious administrative job, and on weekends she’s usually off enjoying a Red Sox game or a large-venue concert.  But every time she comes in, she brightens the place and it’s hard not to smile after she gives you a hug and a quick kiss on the cheek.

Then our good friend Dave caught me on the side to quietly say he was sorry to hear about Kate.  “That looked pretty serious,” a guy at the bar said when Dave stepped away.  I told him about Kate, and he looked up this blog on his Iphone.  He introduced himself (his name was Matt), and he began suggesting that I should get a Twitter account to drum up more readers.  I don’t know about the Twitter stuff, but I enjoyed talking about the blog with someone knowledgeable.

Justin ordered another drink, telling me how much he was enjoying the show.  He has a serious job by day, but his hobby is music — he’s an alto sax player who’s just taken up guitar.  His enthusiasm for the show was rubbing off on everyone around him, including me 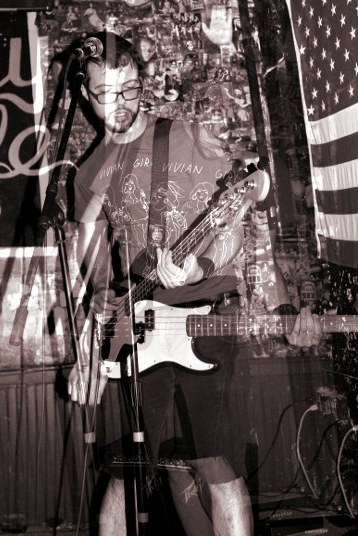 One of Johnny D’s former bartenders happened to stop in.  Julian was one of our best behind the taps and it’s always good to see him in here again.  Julian plays in a rock band, and once again I tried to talk him into a song I want him to write.

While Julian was still working here, he’d meet his girlfriend’s father.  They hit it off right away, but as he was telling me that story I asked, “Does her father know you play in a punk rock band?”

Jules is 6’ 4”, 200 pounds, and he’s a wild man on stage.  I wanted him to write a song titled — “I’m dating your daughter!” — because I figured what dad really wants his little girl to date a rocker?

I can hear the notes to a song in my head.  I have an idea for the lyrics.

One of Jules band members overheard the conversation, and provided some fresh lyrics.

Now I have to apologize to Julian’s girl (who wasn’t there).  She is the cutest sweetheart, and there’s no way we should have been laughing at those proposed lyrics.  But at the time, in a bar, it was funny.

Bottom line, within half an hour I was back on an even keel.

A lot of bartenders (myself included) drifted into this business because it’s an easy way to meet new dates.  But there’s a lot more going on behind the taps, . . . and sometimes it’s just what the doctor ordered.

(Sorry this post is late, . . . hopefully I’ll be back on schedule next week.  Next post will be late Saturday night/early Sunday morning, August 4th.)

17 Responses to THE BARTENDER’S “GREAT ESCAPE”