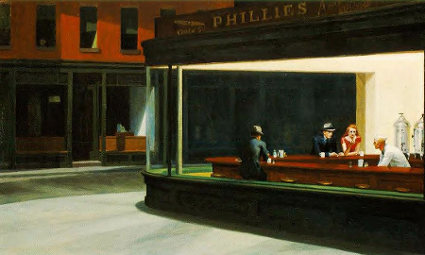 Like everyone else, I have an alarm clock.  Like everyone else I hate when it goes off, and all I want is to continue to lay there in bed.  I hate it so much that my snooze-bar has a finger groove worn in the plastic.

I guess I can’t complain — that alarm never goes off in the early morning hours.

I rarely set it to get up before noon.

I work nights.  I’ve been working nights all my life it seems, starting when I was in college.

Back then I was managing an off-campus bar, and I remember laying in bed calling out to my good buddy, Jim Fennell, who was across the hall.  Jim lived in a room called “The Universe” at the Beta Phi Epsilon frat house in Cortland, New York; I lived in a room called “The Ice Box.”  Across the hallway on the third floor, our doors faced each other.

“Foamy!” I’d yell (everyone called him, “Foamy.”)  “Foamy, you’d better get up and head to the bank to get change.”  He was a bartender at The Mug with me, and the unofficial assistant manager.

“I got the change yesterday,” he’d yell back, “It’s your turn today!”

“I worked for you last Tuesday night,” I’d yell.  Each of us was still laying in bed, calling out through the open doors at the end of our rooms.  We had to yell.  “So I think it’s your turn,” I’d call out.

Sometimes this yelling would continue for ten or fifteen minutes, as each of us tried not to be the one to get up.  The conversation would take place at three o’clock in the afternoon.  The bank closed at three-thirty.

For people accustomed to rising early, all this may seem hard to comprehend.  The two different lifestyles — literally, night and day — rarely understand one another.  Anyone in this business knows exactly what I’m talking about, while those who aren’t simply see us as deadbeats.

Sometimes just because we stay in bed all morning, people have a hard time taking us seriously.  By sheer force of their numbers, and from an attitude that traces back to the time of the Calvinists, the day-time people honestly believe that they hold the high moral ground on this — and that we are somehow “deviant.”

“I work nights,“ I say, but for the rest of the conversation I can hear her condescending tone.

I never had it so good as when I was in Albany NY, working at The Lark Tavern.  Always on the verge of moving on to Boston, I never had a phone installed in that Albany apartment.  (My first cell phone was still years away.)

Ah, the peace and quiet.  The only way for people to bother me was to come over to my apartment, and knock on the door.  And most times when that happened, it was for something fun. 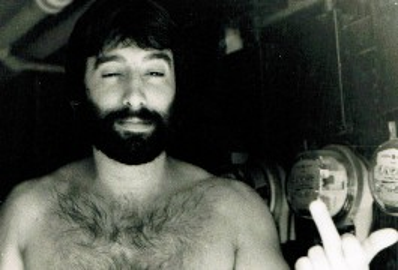 During those Albany years, here’s what I might look like if you woke me up too early.

The picture on the left was taken by Bruce S — he and Richie B. woke me around noon one day to go play pool and have a few beers.

As you tell by my expression, I don’t like being dragged out of bed prematurely, even for fun.  (That Albany apartment was in the basement — note the meters to the building on the front hall wall.)

It’s not easy being a nighthawk.  For some reason, day-time people expect you to conform to their time frame.  Doctor’s appointments are usually scheduled for pre-noon, and business meetings always take place in the early morning hours.

But jury duty has to be the worst.

You receive a notice in the mail that you’ve been called in, and you’re supposed to show up at 7:30 AM.

After one such summons, I called the number listed to explain my situation.  “I work nights,” I told the lady answering, “And I don’t get home until 4:00 AM.  That gives me just three and a half hours of sleep before I’m supposed to be there.”

“I’m afraid that doesn’t excuse you,” the woman said, “There will be severe penalties if you don’t report on time.”

I arrived at the Middlesex County Courthouse, and waited with a number of other people in a large room.  There was one woman who looked so damn bright and chipper I wanted to puke.  She had this look on her face that said, “Today is the first day of the rest of our lives . . . what are we going to do about it!”

I wanted to strangle her.

Fortunately, although I’ve been called in for jury duty several times, I’ve never actually served during a trial.  Each time I was quickly eliminated from the pool.  I imagine the attorneys involved realized that anyone with such a look on their face was sure to vote “GUILTY!” — just out of spite.

Since leaving college I’ve only had one day job.  I thought I might try working days in the hopes of getting more writing done.  I took a job as senior instructor at New England School of Bartending.

The worst of it, though, was simply getting up in the morning.  I had to be in downtown Boston at 9:00 AM to teach the first class.

There were times when it took every trick in the book to make it.

I quickly developed a morning routine.  I had a plan that no matter how late I stayed out the night before, I could still catch a timely MBTA Red Line train.

It began the night before by putting some underwear and socks in a gray plastic tub in the kitchen sink — I’d wash them in hot soapy water, then let them soak overnight.

The next morning, I’d rinse them and hang them to dry over an open cabinet door, then refill the tub to wash a shirt.

By the time I’d finished my shower, the shirt would be clean.  I’d rinse it off and dry it by hooking a hanger over the cabinet door handle above the stove.  With the oven set to 450 degrees, and the oven door completely open, the rising heat would dry the shirt enough to be ironed. 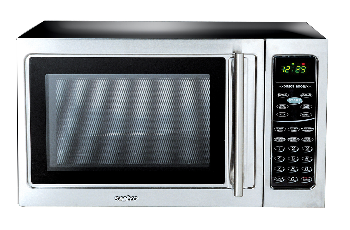 Sometimes the underwear and socks would still be wet, so I’d toss them in the microwave.

(A word to the wise, . . . don’t microwave your underwear and socks unless you’re prepared to stand there and monitor the process.  Left in the microwave too long, the socks will come out crispy and discolored.)

For quite a few good reasons, I left that teaching job after a year and went back to bartending.  Now I’m content to write a few hours before I go to work.  By the time I step behind the taps, I ready to be doing something different.

After all these years, I guess I’m resigned to the fact that I’m just a night person by nature.  My friends and family know to never to call me before noon.  My mother will only call in the afternoon, or early evening.  And she’ll always say, “I wanted to call you earlier . . . but I know you like to sleep late.”

Yup, even my own mother is against me on this.

I want to yell at them:  “I don’t sleep LATE!  I just sleep at a different time than you do!  I have different hours!  Hello ….  I WORK NIGHTS!”

But it’s OK, really.  It’s alright.  I’ve learned to accept that this comes with the job.

And I can always console myself with one simple, pleasing thought — tomorrow morning, when their alarm goes off and they so wish they could just stay in bed . . . I’ll still be comfortable curled up in mine, sleeping.

(Ed. Note at 6:00 AM, June 9th:  I have to apologize to comrade-in-arms “Caveman”, author of the blog, Tales From A Bar.  Very late Thursday night I was trying to think of what to post here this week, and suddenly I noticed the time — it was three o-clock in the morning.  I figured that’s what I’ll write about . . . the bartender’s unusual hours.  So I started writing, searched the web for the painting by Edward Hopper, and by Friday afternoon I was good to go for Saturday’s post.

Then late tonight — after work on Friday, which is actually Saturday morning — I remembered something I’d read on Caveman’s blog recently.  On May 29th, he wrote about “The Graveyard Shift.”

We’re all bartenders, our experiences are similar . . . but we also try not to step on each other’s toes.  Caveman, . . . my apologies .  When writing this post I thought I was starting from scratch, and didn’t realize that the thought was so close to something you’d recently done.  It’s too late for me to write something else now, but I promise to be more careful next time.  Anyway, it’s time for bed.)

10 Responses to THE NIGHT HAWKS