THE PERFECT STORM (the ending) 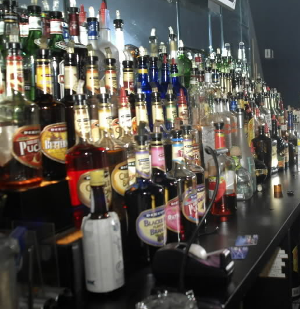 Back when I was working at The Sunflower Café I didn’t spend a lot of time dwelling on relationships.  Those of you in the business know what it’s like — everything happens so fast, and it’s non-stop.

Bar relationships come and go quickly.  After a long night of serving drinks (and keeping the crowd under control), you’re ready to party yourself when the shift is done . . . and you end up partying with whoever happens to be there.

I was still thinking about Terri (see part one and part two), but I didn’t dwell on it . . . especially with the effects of the storm still in everyone’s face.  But as tough as things were, during the blizzard the bar life became even more chaotic.  It was like the bar life on steroids.

At the end of that first night, with most of us working doubles, it felt was like we had just survived some kind of siege.  Now there was even more after-hours drinking, more madness, more of the feeling that we needed to celebrate.  The bar was lined with staff and regulars enjoying late-night drinks after we closed.

Some of the staff worried about making it home with these weather conditions.  Would they be able to get back for the next double?  So several of them came back to crash at my apartment.  I lived a ten minute walk away.

In the living room we must have been making too much noise, and my roommates got up.  (These were the roommates that didn’t get along to the point that we each had our own toilet paper in our rooms.)  Now my roommates, too, were caught up in storm-mania.

They joined us . . . it was the first time I’d ever really seen them party.  Somehow it seemed right, with conditions so bad outside, that everyone would gather in our shelter with fellow survivors.  And those roommates didn’t have to go to work for a couple of days.

That first night, four of The Sunflower staff slept over at my apartment.  The next night it was around six of them, and by the third night it was almost ten.  By now I’m sure most of them could actually have made it back to their own place — but this was a good excuse — they just wanted to join the party.  We would stay up all night, and then the guests would sleep on the couch and in the chairs, or just stretch out on the living room floor beneath extra blankets.

By the fourth day I was no longer doing doubles — so the rest of the staff had already left by the time I headed for The Sunflower.  I was walking alone.

Slogging along I passed a guy trying to move his car out of a snow drift.  There was a woman inside running the motor and the guy was bent over pushing, but he couldn’t get the car to budge.

I  didn’t want to be late for work so I walked by . . . but then a few steps later I turned around to go back and help.

By now two other people had joined the guy pushing, and then third man in an expensive trench coat set down his brief case and began to help too. 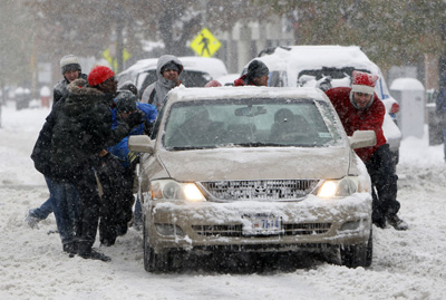 The whole thing took less than a minute, and the car was suddenly freed.

I remember thinking that normally none of us might have even nodded hello we walked down the street.  Now we’d all stopped to help a complete stranger.  It’s amazing how a storm pulls folks together.

A woman passing by who had joined us late now looked almost disappointed once the job was done.

I saw the same spirit at The Sunflower Café.  Everyone was in a great mood and they were all inquiring how everyone else was doing with the storm.  It wasn’t that they simply wanted to appear concerned . . . it was as though they were genuinely happy for a small chance to help someone else out, to ask how everyone was doing.

And they were all great tippers . . .

Not many other places were open, and the people crowding into The Sunflower Café showed their gratitude with tips that rivaled a New Year’s Eve.  People were tired of being cooped up in their homes, tired of their own cooking, maybe they’d run out of food . . . and when it was time to leave a tip, they were extraordinarily generous.

I had a guy who nursed one beer for over an hour, talking with the people on either side of him.  When he got up to leave he laid down a ten-dollar bill.  He was tipping me just for being open.

Monday night finally came around, and I went on a date with that female playwright I’d met at The Sunflower.  We had a great time . . . again probably in part because of the spirit generated by the storm.

We went back to her place afterward and ended up in the sack.  She was a “liberated” woman.  (I could almost hear her thinking:  “If men can enjoy sex just for sex’s sake, why shouldn’t I?”)

We’d been at it for quite a while when she reached under my arms to pull me further up on top of her.  She was on her back and she pulled me up so far that that my knees straddled her face.

We agreed that we’d get together again soon, but even then I had the feeling that we’d end up just friends.  Friends with benefits.

Back at The Sunflower, I was thinking about Terri again.  I was wondering if and when I should stop over to Dunster Street to see her.  But after work we were all drinking so late at The Sunflower that we never made to her place for last call. 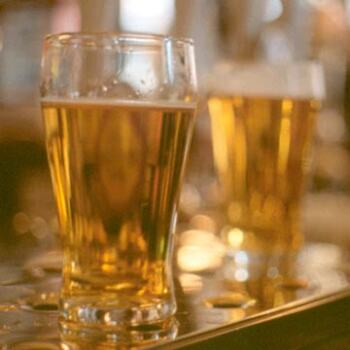 A week later the clean-up of the storm was complete.  It had been one hell of a blizzard, and a lot had happened during it, but things were getting back to normal.  All that was left was one last party to mark the end of a long haul.

A bunch of us got out of work early and we all went over to Dunster Street  . . . but Terri wasn’t there.

“She took the night off,” one of the waitresses told me, “She’s given her notice anyway.  She got that job with the magazine, in the art department.”

By the time they gave last call we were all pretty drunk.  I was so drunk I only wanted to get drunker.  I had just enough money left for one more shot and a beer (and a decent tip for the bartender.)  Beside me was a waiter from The Sunflower who was also pretty wasted.

We each emptied the remaining crumbled bills and change from our pockets, and it looked like we had enough for one last round.

“I shouldn’t,” the waiter said.  He was also a lawyer; he’d just passed the bar exam but was still waiting on tables until he had enough clients to rent office space and put up his shingle.

“I really can’t,” he said, “I’ve got to be in court tomorrow morning.  If I have another drink I won’t have any money left for a cab.”  The Sunflower and Dunster Street were in Cambridge; he lived in Boston.

I looked at the pile of money on the bar, then an idea hit me.

So we had one last round then hailed a cab in Harvard Square, both of us quite hammered, and dead broke.

When we got to my apartment I told the cabbie to wait a minute.  I ran upstairs, grabbed a twenty dollar bill from the dresser and was about the head back down to the cab when another idea hit me. 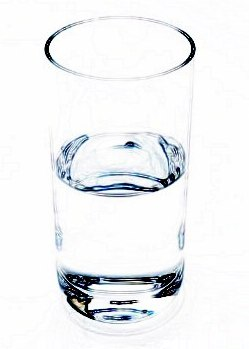 I stopped in the kitchen and took a water glass from the cabinet.  I filled the glass half full of Sauza Blanco tequila, and now I went down to the cab.  Being totally smashed it made perfect sense to me that this waiter should have something to drink on the way home.

He  rolled down the window when I got to the cab; I handed him the twenty-dollar bill and the glass of tequila.  “See you this weekend,” I said as he rolled the window back up.

About a minute later, upstairs in my apartment again, I heard the buzzer ring.  Then it rang a second time, and a third.

“Who the hell is buzzing?” I thought.

At the downstairs door, it was the waiter.  Half the tequila was gone from the glass and he was standing there by himself, the cab  now gone.

Apparently he was so drunk that he’d taken a big gulp of tequila, and seeing that he was at my apartment (where he’d been staying for the last few days), he forgot that he was supposed to continue on home.  He’d handed the money to the cabbie, gotten out of the cab, and said, “Thank you.”

“Thank YOU!” the cabbie said, and drove off, leaving him alone in my driveway with half a glass of tequila in his hand.

He was gone by the time I woke up the next day.  (He told me later that he did make it to court on time, just barely.)

The storm was over and the winter moved on.  Now it was summer and I’d pretty much forgotten about Terri.  The blizzard and all that happened seemed like ancient history.

If you asked me at the time I would have said that I never expected to see her again . . . but I did happened to run into her late that summer, on the streets of Harvard Square.

I’d been doing something in the Square and was headed to Tommy’s Lunch to grab a chicken parmesan sub.  And then there she was . . . Terri was walking down the sidewalk toward me.

I began thinking about the blizzard as we stood face to face.  For one night we’d been like two people stranded on an deserted island somewhere . . . but now we were back in our everyday mode and I didn’t know what to say.

And that was the tone for the rest of the conversation.  She had a new apartment; she liked her new job.  I was still working on that academic paper.  It was a friendly back-and-forth conversation, but also strangely distant.

As we were about to split and continue on our way, she had a funny look on her face.  I wondered if she was waiting for me to ask for her new phone number.  We stood there looking at each other, and for a second we looked in each others eyes.

A hundred things ran though my mind — should I ask?

Was she the girl I knew during the blizzard?  That was a girl you shouldn’t just let walk away.

But I also remembered the way she’d come into where I worked that night.  With three other guys.  On the night afterward.  No, she was too busy . . . or there were other things going on.

We kissed each other on the cheek, and then each continued on our own way.

9 Responses to THE PERFECT STORM (the ending)