(This note is from Johnny D’s on Thanksgiving night.)

Johnny D’s is always open — Easter, Thanksgiving, even Christmas night. It’s a tradition that began when John and Tina DeLellis first opened the club in 1969. It’s a family commitment still carried on by their daughter, owner Carla DeLellis, now that John and Tina are gone.

For the DeLellis family, the holidays are no time to be closed. Some people like to escape to their favorite nightspot after spending a day with the relatives. Others simply have no where else to go.

It’s a noble sentiment, always being open, and I applaud Carla for providing that . . . but there’s a catch.

Someone has to work the shift.

It’s just part of this business. While everyone else is taking a break, relaxing on a holiday, the people employed in restaurants and bars are often on the job. Over the past twenty years, I’ve worked every New Year’s Eve but one. That year I went to a really, really boring party and I remember thinking at the time that I should have worked. It would have been a lot more fun and I would have been making money rather than spending it.

So I went to work on Thursday night, knowing that it wouldn’t be the usual Johnny D’s. On a holiday, there’s no band and we don’t serve food . . . we’re just a neighborhood bar.

This is a 300 capacity club, and when we have busy local shows like Booty Vortex, Sarah Borges, or Jesse Dee, there’ll be a line around the corner. When we have national shows like Emmy Lou Harris, Alison Krauss, or Dixie Chicks (yes, THE Dixie Chicks, and Alison Krauss, both used to play here before they won their Grammies) — then we’ll have a line around the corner, down the sidewalk by the park, and around the next corner by Tedeschi’s convenience store.

But on holiday nights there’s usually only a handful of customers and they don’t begin coming in until eight or nine o‘clock.

My first customer was an old Irish guy. “I just got back from Ireland two days ago,” he told me as he sat at the bar. Those were the first words out of his mouth.

“Do you have any Jameson?“ he asked. He was a small guy, short and wiry with a leathered face and brush-cut grey hair.

While we watched the football game, he asked for another. “I just got back from Ireland last night,” he told me.

“You know,” he said after a while, “I think I’ll have one more. I just got back from Ireland this morning, and I’ve got a little bit of jet lag.”

By now he’d gotten back from Ireland three different times on two different days. Maybe that little slur in his words was more than just an Irish brogue.

“How are you doing?” I asked, looking at him.

Fortunately when he counted the crumbled bills he pulled from his pocket, he was one dollar short for a shot of Jameson. Normally, I’ll give someone a break, especially on a holiday, but I wasn‘t sure he needed another drink . . . so I shrugged my shoulders and told him that the next time he came in, I’d buy him the first one.

A bartender’s antennae are always up on the holidays. I had one of my worst nights ever bartending on a Christmas Eve at The Sunflower Café, in Cambridge MA. That night began with my only two customers getting into a fight and throwing punches at each other. Later, a woman started to bawl uncontrollably half-way through her drink. A waiter we all knew from a nearby restaurant got a little buzzed and decided to announce to everyone in the now-busy bar that he was gay.

“I don’t care who knows!” he said loudly, despite my attempts to convince him that there might be a better time to share this. I felt pretty bad, as though I was somehow responsible, when I learned a few days later that he had quit his job, and moved to another city. 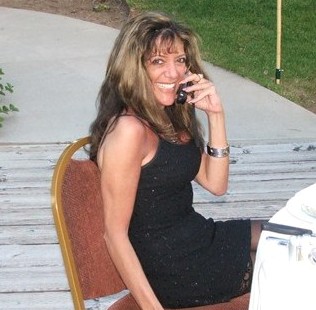 Maybe I was feeling a little sorry for myself, now alone in Johnny D’s after the Irish guy left. Maybe I started to wonder if this was really any way to spend a holiday. Then my best friend, Colleen, called to wish me a happy Thanksgiving. She’ll be cooking a second, complete Thanksgiving dinner later this week in New Hampshire. I can’t wait. She’s a great cook. There’ll be a roasted turkey perfectly done, mashed potatoes and roasted potatoes, cranberry sauce, stuffed dressing, Italian string beans, and acorn squash sliced in half with melted butter and brown sugar pooled in the middle.

While we were talking, Colleen told me about a program she’d just been watching on the Lifetime Channel. It was a story about a young girl who was in a wheel chair, paralyzed for life after being struck by a stray bullet during a drive-by shooting.

The program featured interviews with the girl and her mom, and with the man who did the shooting, who is now serving 20 years in prison.

As Colleen told it, the program was about forgiveness, and redemption. The young girl wasn’t bitter. She’d forgiven her unintended assailant and when interviewed in prison, the man said that her forgiveness had changed his life.

But it was a comment from the mother, retold by Colleen, that made me grab a pen and write down one line. The girl’s mom said that continuing to carry hatred was like “taking poison into yourself, and hoping that your enemy will die.”

To carry hatred is like taking poison into yourself and hoping that your enemy will die.

It sounds like good advice, but how does one do that? How can you not hate someone who has hurt you so irrevocably? I guess it’s not all or nothing, but more like a goal. You try to let go of as much of the anger as you can . . . how successful you are determines the extent to which you can lead your own life afterwards.

There was still no one at the bar; the club was empty so I continued to talk with Colleen.

We remembered a Kurt Vonnegut character in Slaughter House-Five. After a battle in WWII, the man was so obsessed with getting revenge on his fellow American soldier, Billy Pilgrim, (he blamed Billy for the capture and eventual death of another soldier) — that he spent the rest of his life plotting revenge. That was the only life he had after the war, plotting and scheming to kill Billy.

I told Colleen that the I Ching describes such hated/obsession, and it’s price. The I Ching is an amazing book of ancient Eastern thought. Some people use the I Ching to predict the future, or to try to fathom the mysteries of life.

The I Ching says that the superior person doesn’t hate his (or her) enemy, because hatred only ties you to the hated object.

As we continued to talk about the I Ching, about friendship and redemption, I recited my favorite passage from the book. In hexagram 13 — T’ung Jen/Fellowship with men, nine in the fifth place — there’s something from Confucius:

Anyway, it didn‘t end up all that badly, working on Thanksgiving night. More people wandered in, sometimes by themselves, sometimes in groups of three or four, or more. A man and a woman who had met at Johnny D’s twenty years ago stopped in for a drink. A group of Tufts graduate students from India were at one table, and I talked with a guy at the bar who said he was a cook and had just gotten off work.

Eric Pierce stopped in with his girlfriend, Sucin. Eric was one of the main bartenders at Johnny D’s, until he left to help his friend Ky Nguyen run Kingston Station, a new restaurant and bar that Ky had opened in downtown Boston. (You can see a picture of Eric in the photo section of this blog — it’s the last one, “The Four Horsemen.”) We sure miss Eric at our club, but he’s happy with his new position and the experience he’s gaining. It was good to see him.

Other people came by Thursday night that I’d never seen at Johnny D’s before. They stopped in because we were one of the only places open. I didn’t make much in tips, but it was a good night to put my foot up on lower rail, say hello to the faces old and new, and just talk.

2 Responses to A HOLIDAY THOUGHT