THE CHOCOLATE STARFISH (and other bits and pieces)

This blog came about when I started to sift through all the cocktail-napkin notes that I’ve accumulated over the years.  My goal — to transfer the more worthy scribbling to one very large computer file.

That first day, sitting at the kitchen table with handfuls of crumpled napkins spread out before me, I realized it was my life I was looking at.

Like my life, there’s a lot of junk on those notes.  Ramblings with the key words sometimes blotted out by a splash of beer or wine.  The half-thoughts of a young man who had no idea that thirty years of the bar scene was waiting ahead of him.

Most of the notes simply tell what happened while behind the bar, an interesting character or a weird event that just went down.  Some notes are like complete stories with a beginning, a middle and an end.

Others are just odd bits and pieces.  Here’s three of those . . .

1.) A CLASSIC MISTAKE BEHIND THE BAR

I was behind the taps at The Lark Tavern, in Albany NY.  I was in my third year of bartending and feeling pretty cool.  Maybe I was a little cocky. 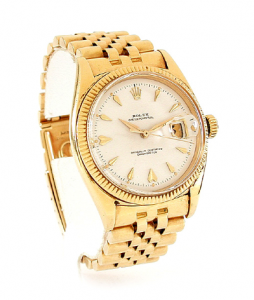 A noticeably well-dressed man came one day– perfectly pressed slacks, a white silk shirt with the top buttons open to display a thick gold chain.  He had a large gold watch.  I recognized the watch immediately — it was gaudy, expensive-looking, covering a large portion of his wrist.

The last time he was here, he had fidgeted with that watch constantly.  He would lift his arm and turn the watch slightly on his wrist as though trying to find the perfect fit,  . . . so that the watch felt just right.

He had held it up demonstratively so that everyone in the bar could see it.  He must have studied that watch thirty times in an hour, somehow managing to draw it into every conversation.

He lifted his wrist to check.  “Yes,” he said thoughtfully, carefully studying the watch face, “Yes, . . . I think I have time for one more.”

Yea, there was no way I’d ever not recognize this guy, even though it had been a few weeks since I’d last seen him.

It looked like he was here with the same gaudily-dressed blonde.  She seemed bored.

“Nice to see you two again,” I said as they sat down.

They both sat stiff-faced and motionless.  Now the man looked to the side and began fiddling with his watch.

The woman was staring at me with daggers.

“I’ve never been in here before,” she told me frostily.

“You must be mistaking me for his girlfriend,” she said.

The conversation went downhill from there, for both me and this guy.   As it turned out, the blonde he was with this time was his wife.

Live and learn.  Everyone loves a friendly bartender, but you have to be careful before you open your mouth and assume too much familiarity.

Since then I’ve met others in this business who’ve made the same mistake.  Once I was on the receiving end.

I was visiting my friend, Colleen (see an earlier post, “A Holiday Thought“).  She wanted to stop at The Pinkerton Tavern in Derry, NH.  She likes their Rum Filet Tips, a huge plate of steak tips that have been marinated in dark rum, brown sugar and molasses. 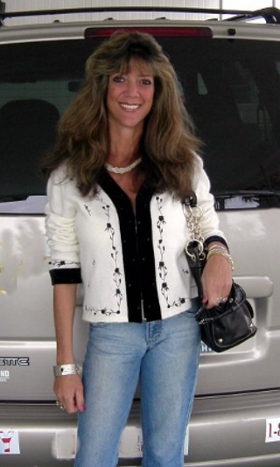 As we sat at the end of the bar, the bartender laid down a couple of cocktail napkins in front of us.

“Nice to see you folks again,” he said

I’d never been in there before.

Colleen is a striking woman and the bartender clearly remembered her, but whoever was with her the last time was forgotten to him now.

Colleen laughed, and the bartender was completely flustered when she told him this was my first time at The Pinkerton.

The poor guy, I knew exactly how he felt.

I should have laughed and told him, “Don’t worry about it . . . I’ve done the same thing myself!”

I didn’t want to go into my years as a bartender.  Besides, let him think he’s the only person who ever made this mistake and he’ll never make it again.

I was behind the taps at Johnny D‘s on a busy night.  At the end of the bar, a group of young kids in their early twenties, ten or fifteen guys and gals were laughing and talking amongst themselves.

I had the impression they were from out of town.  Maybe Western MA, or north of Boston, or Cape Cod.  They were a good bunch of kids — friendly, polite, good tippers — but it didn’t seem like they’d spent much time in nightclubs.  Johnny D’s is laid-back and funky, but they were all a little wide-eyed, looking around.

I figured they might be here from a small town, driving into Boston to see live music.

One of their group was a cute young girl with curly brown hair.  She was a petite girl with big brown eyes and an irresistible smile.  She took a shine to one of our bartenders, John Bonaccorso.  (See an earlier post, “The Drowning Frog.”)

She spent the entire night trying to hit on him.

We had three bartenders working that night, and we were all slammed as the band rocked on in the background.  John was friendly and courteous, but this girl didn’t get anywhere.

At the end of the night, one of her male friends walked up and stood beside her at the bar — she’d been in the same spot for hours, trying to get John’s attention.

“Hey, Cindy’s been trying to pick you up all night,” the guy told John, as he stood beside the girl. “But she says she’s not having any luck.”

John explained that he had a girlfriend.

“Too bad,” the kid continued, “You don’t know what you’re missing out on.”

“I’m sure I am,” John smiled politely, “But my girlfriend would kill me.”

Leaned forward beside the girl, the kid didn’t give up easily.  Maybe she had asked him to say something to John.

“You don’t know what you’re missing,” the kid said again.

I just about choked.

John was speechless — unusual for him.  The girl was totally embarrassed, with her head down now, . . . but she didn’t protest.

The girl looked up at John with a sheepish smile, and nodded “yes.”

I quickly walked to the other end of the bar, looking for someone to serve.  As I left, I heard John say, “I‘m sorry . . . I have a girlfriend.”  He said it with a straight face, although I don’t know how.

All of those kids hung around until closing time.  The girl had turned around now to talk with her friends, but she never moved from that spot.  If we hadn’t cleared everyone out at 1:15 A.M., I think she might still be standing there.

3.) A STRANGE REQUEST FOR DIRECTIONS 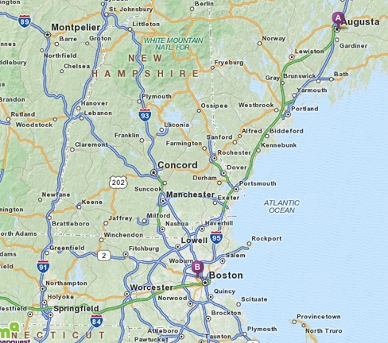 Working behind the bar at Johnny D’s, we get a lot of requests for directions.  People who live in the Greater Boston area simply hop on the Red Line train to Davis Square.  But people coming here from out of town are always calling for directions.

We have a printed sheet, probably copied from MapQuest, that will tell them step by step how to find us.  We have directions from the Mass Turnpike, from Route 93, from New Hampshire or Maine.  From North, South, East or West — no matter where they’re coming from we can get them here.

One afternoon behind the bar, I got a phone call.

“Where are you coming from?“ I asked.

I pulled out the sheet, thinking I was about to hook him up with directions.  Some of the detailed directions have been repeated so often that I have them memorized, even though there might be fifteen different streets and turns, exits or stop lights to tell them about.  Sometimes we give them directions while they’re actually driving in their cars.  We talk to them on their cell phones, as though we were in the control tower, trying to bring in a lost plane.

“Where in the square?” I asked.

Johnny D’s is across the street from the Davis Square MBTA stop!

There was a guy at the bank of pay phones outside the T-stop.  His back was turned toward me, and he was hunched over with one of the phones to his ear.  He had one hand covering his other ear so he could hear.

I looked at this scene for a moment through Johnny D’s front windows.

He straightened up suddenly.  His back was still to me, and I swear he held the phone away from his ear for a second and looked at it.

“Yes, I’m wearing a red jacket,” he said now, into the phone.

“Look across the street, and you’ll see a brick-faced building with a lot of flowers and plants in the front . . . then there‘s a sign that says, Johnny D’s.”