LULU (and the I Ching) 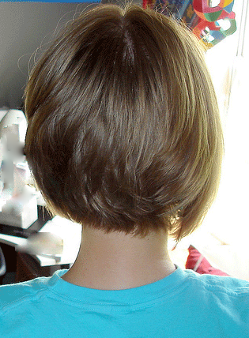 Her name was Lorraine, but everyone called her “Lulu.”  She was a cute, sexy, bouncy sort of girl that everyone noticed when she walked in to apply for a waitress position.

Phil, one of the bartenders at The Sunflower Café, was practically falling all over himself trying to be helpful.  He not only handed her the application, but afterward leaned over the bar to explain what she had to fill in, and what she could leave blank.

Then he ran off to find the general manager, and Lulu was hired on the spot.

Lulu and Phil ended up taking off by themselves her first night after work.  He was married but known to fool around, and she seemed pretty grateful for getting the job.  We all figured they were screwing.

Phil was married, so that didn’t last long.  A couple of weeks later, Lulu and the chef were an item.  Then it was the assistant manager’s turn.

So when Lulu ended up hanging out after work on a night I was bartending, I guess I had all the facts clear in my mind.

But back then I wasn’t so good at paying attention to the details.  All I was thinking about was opportunity.

We made a date to see a new Star Wars movie.  She showed up at my apartment early and my roommates let her in . . . I was still in the shower.  When I walked out of bathroom I only had a towel wrapped around my waist; I didn’t know she was there.

I remember she looked me up and down.

We ended up in the sack when we returned from the movie and what an adventurous, surprising free-for-all it was.  I finally came in her mouth, but she continued to hold me there afterward with her tongue moving slowly, and she went “Hmmmmmmmm.”  She did it loudly, as though she really meant it.

Of course we had a second date, and then a third.  Then we were bopping around Boston each time we both had the same night off.  We were having great sex.  She was smart, funny.  We had a blast together, always clowning around.

I remember we were on the MBTA Red Line one afternoon, heading from Cambridge into Boston.  She was trying to translate a sign in Spanish at the end of the subway car.

She punched me on the arm when she noticed the English version of the sign on the other side of the car.

“This is where we get off,” I told her when we reached the Charles/MGH stop.  “Named after Sir Charles McGoon Huff ,” she said in a tour-guide voice,  “One of America’s most famous revolutionary patriots.”

Of course it’s really named after Charles Street, and the Mass General Hospital.  I feigned a disapproving groan.

Just stupid stuff like that, but it was fun.  Waiting for a bus with her could turn into a good time.

I don’t know when it happened, but I started falling in love with her.

Not the crazy — I-want-to-get-married — or there’ll-never-be-anyone-else-for-me kind of thing . . . but I was definitely getting hooked on her.  I guess I was slow picking up on the tell-tale signs.

One night I saw her and Phil talking intimately at the end of the bar.  Sure, they’d had a thing before, but I didn’t think too much about it.  Not too much, anyway.

A few days later one of our customers, Howie, said something like:  “She’s a popular gal!”  He’d been watching Lulu say good night to another customer who was leaving, standing real close.

There was something knowing in his tone, like an insider’s air, so I asked, “What are you trying to say, Howie?”  I said it with a laugh.

“Loose lips sinks ships,” he said, pulling his fingers over his sealed mouth.  Howie could be pretty weird after a few beers.

Lulu was late leaving work at her real job one night (she was a nurse at Mount Auburn Hospital.)  I was waiting for her at her apartment.  Her roommate had let me in, and that roommate had given me a strange look.  She’d looked me right in the eyes when she said, “You’re here to see Lulu?”

I’d thought, “Of course, what else?”  But it was one of those looks where you’re sure the person has something more they want to tell you (something about Lulu?) . . . but they’re not going to say it.

When Lulu came through the door, she seemed a bit frazzled.  She almost tried to rush by me without even saying “Hello.”  She was headed for the bathroom.

I stopped her, put my arms over her shoulders, and leaned foward to kiss her.  She let me, but she kept her lips tightly closed.  There was a faint odor . . . what was it?  Did I recognize it?

“I missed my bus,” she said over her shoulder, on the way to the bathroom now.  “One of the doctors had to give me a ride.”

The faint odor . . . her musty breath.  Did she give the guy a blow job in the car just for driving her home?

Now I was trying to figure out what I should do about this relationship.  I’d felt myself becoming more involved, and now I was wondering what was going on.

But later that night, in bed together, and none of it seemed to matter.  Like I said, even with the facts in front of me, I could be pretty dumb about everything given the right distraction.

Well, at least I’d started thinking about it now and then.  There was more getting together, more thinking and wondering between dates.  It was getting pretty confusing. 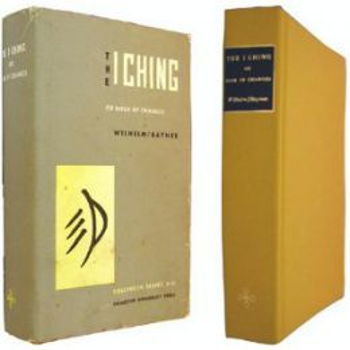 A friend of mine at The Sunflower Café, Gretchen Stone, had given me a copy of a book called the I Ching.  It’s a book of ancient Chinese wisdom.

Some people consider it an oracle, a method of prophecy, a way of divining deeper truths.  (I won’t elaborate on that here, but if you’re interested you should read Carl Jung’s 1949 introduction to the Richard Wilhelm edition.)

Anyway, after Gretchen gave me the book, I’d tossed three coins now and then, and read the Hexagrams.

So I tossed the coins, and they steered me to a Hexagram called, “Coming to Meet,”  (Kou, number 44.)

Then I read further.  I read beyond the title, to the full text of the Hexagram.

It spoke of a bold girl who surrenders herself lightly and thus gains power . . .

“[She] seems so harmless and inviting that a man delights in it; . . . so small and weak that he imagines he may dally with it and come to no harm.”

So I threw the coins again.

I got the same Hexagram, the same Judgment.

This couldn’t be right!  It’s not talking about Lulu!  I threw a third time, and got the same Hexagram.

“This is too weird!” I was thinking.  With sixty-four possible Hexagrams (determined by six tosses of three coins) . . . what were the odds that I’d draw the same Hexagram three times in a row?  I didn’t like the message, but it seemed so dead on — strangely specific.

Still wanting a different answer, I threw the coins again.

This fourth time, I drew the Hexagram “Youthful folly:”

“YOUTHFUL FOLLY had success,
It is not I who seek the youthful fool;
The young fool seeks me.
At the first oracle I inform him.
If he asks two or three times, it is importunity.
If he importunes, I give him no information.
Perseverance furthers.”

I swear this happened.  I felt like I’d been scolded.  I had another beer, and went to bed . . . but those words about “the bold girl” had definitely been planted in my brain.

Lulu and I continued to go out, although I was more sober about the whole thing now.  The obvious facts were no longer so easy to ignore.  I guess I was just waiting for something to break. 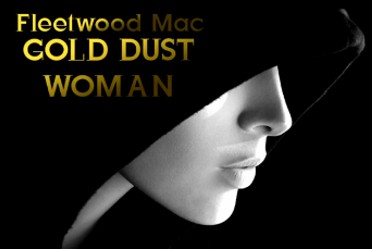 A couple of weeks later, Lulu and I were sitting at her kitchen table after a night out.  She was playing an old Fleetwood Mac collection.  When it came to the song, Gold Dust Woman, she got up to turn up the volume really loud.

At that point in the song, Stevie Nicks hangs on the word “Love” with her vibrato . . . “Shatter your illusions of Loo…ovvee.”

“What do you think of this song,” Lulu asked over the music, sitting again across the table from me.  She had a smile on her face now . . . a smile that looked a little mean-spirited with the tight lips . . . although it was a child-like meanness, the way a child still seems innocent while perhaps being cruel.

She got up and did something to play the tune again.  “I love this song,” she turned and smiled, “Don’t you?”

As we listened to it again, we were looking at each other.  She was looking into my eyes, still smiling . . . she was playing some movie of herself in her head, while listening to a pop tune.  Finally I knew she was playing me, and she knew I knew, . . . and now she was enjoying the moment.

I wasn’t angry, really.  I’d had plenty of time to prepare for this.  If anything, I felt somehow relieved.  At least now I knew for sure exactly what was going on; she’d actually done me a favor.

“I don’t know,” I answered her question about the song, “It’s alright, I guess.”

And we sat there looking at each other as the song continued.  She had that look of triumph.  I smiled back.  In a strange way it was a good moment for both of us.

After the song ended, we talked for ten or fifteen more minutes, about nothing really.  Then I got up to leave.  “I think I’m headed home,” I said, “Got a lot to do tomorrow.”

She kissed me like a woman who’s just conquered another man, and now feels a little sorry for her victim.  She was quite satisfied.  I was feeling pretty good, too, knowing I’d have no second thoughts about this.

We both were happy, each in our own way.

And I’m sure that if the I Ching were a wise old man, he also would have had a faint, knowing smile on his lips.

(I’d encourage anyone who’s interested to take a look at the I Ching.  The best edition is the Richard Wilhem translation — with that introduction by Jung.  But no matter what reason you use it, the I Ching certainly has some beautiful, breath-taking passages.)

4 Responses to LULU (and the I Ching)