From time to time as I’m writing these post, I take a break and check out other blogs. There are millions of them. Seriously, I mean there are literally millions of blogs to choose from (and I have to thank you sincerely for taking a minute to read mine.)

This week I thought I’d highlight four of my favorites, ones that I’ve liked well enough to list on my blogroll. These include three industry blogs, and one that’s hard  to pin down — it’s heart-warming, sometimes a little twisted, but always fun.

Let’s start with that non-restaurant blog. 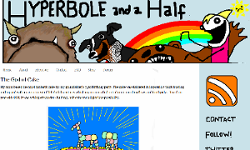 Hyperbole and A Half had me with its title. Author Allie Brosh uses prose and totally-engaging original drawings to capture priceless scenes from life, many from her early childhood.

This site just cracks me up.

Allie offers posts like “This is why I’ll never be an Adult” and “7 Games you can play with a Brick,” but my absolute favorite is her post “The God of Cake.”

(This might not seem like a bartender’s first choice but go back to a time when you were a youngster, and cake was important. It was a piece of chocolate cake that changed my name.)

In “The God of Cake”, Allie recalls being a little girl when her Mom was baking a birthday cake for her grandmother. She stood at the kitchen table looking up at the cake, which was now frosted and resting quietly. She had been warned that the cake was for later, but she couldn’t stop staring at it, mesmerized.

Here are pictures from Allie of exactly what was going on in her young mind. 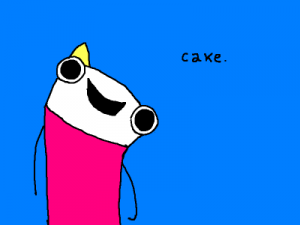 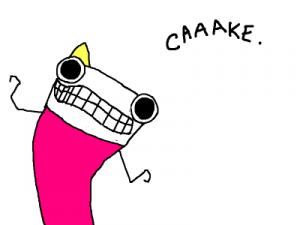 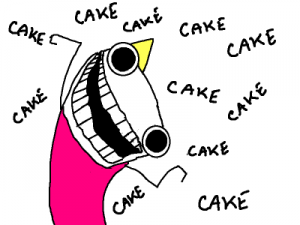 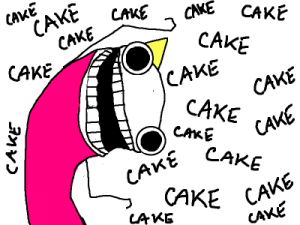 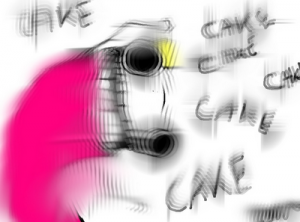 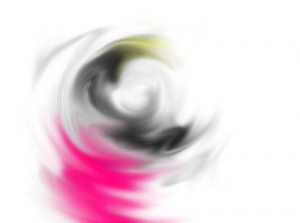 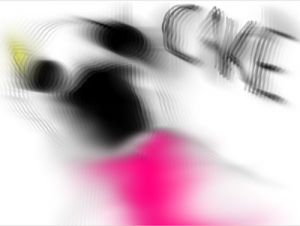 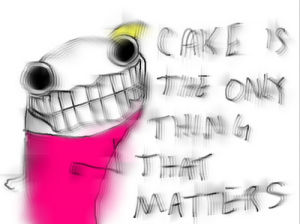 What happens next makes for a wonderful story, and you’re cheating yourself if you don’t go to Hyperbole and A Half and read it. 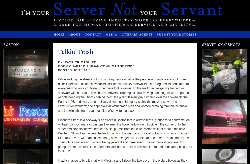 For a restaurant blog, I often head for I’m your SERVER NOT your SERVANT, written by Patrick Maguire.

I wasn’t working the night Patrick stopped into Johnny D’s as a customer. He left a good tip . . . a tip so generous that the bartenders asked if he was in the business. He was, and he actually had a restaurant blog. He gave them a business card which they passed on to me, and I’ve been a fan of SERVER NOT SERVANT ever since.

One of my favorites is his post about illegal immigrant workers in the restaurant business. It seems that when one restaurant chain was charged with exploiting these workers, a popular regional restaurant TV program steadfastly defended the chain — was it because that chain was one of the program’s sponsors?

For the second year in a row, in 2010 Patrick won the “A-List Award” as Boston’s Best Local Blogger. 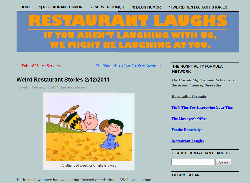 As it turns out, Restaurant Laughs is part of a larger network called The Hospitality Formula Network. Here’s the complete list:

This is a mind-boggling group of sites, a golden resource for anyone in the restaurant business, or for those who are simply curious about it. There are current affair articles, inventory suggestions, food-knowledge posts — how does David Hayden, author of the sites, come up with so much interesting information week after week?

Let me give you an example. In a post last week on one of his sites, David provided links to articles about: 1) a bigoted cop harassing a national fast-food chain; 2) a former Hooter’s waitress who now battles her “sordid” past as a member of Congress; 3) the story of three restaurant employees who held down one of their co-workers and branded a swastika on him; and 4) a story about two restaurant customers so high on coke that they were arrested for engaging in sex acts at their table (“Sex at table 19 . . . their food must be taking a long time to come out!”)

These are only four of the eleven stories David linked us to in that one post.

I can click on any of the Hospitality Formula sites, and read for hours 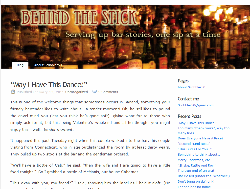 I came across another of my first choices for blogs by accident — I was searching for a bartender’s line I once heard on an Academy Awards show. They ran a short clip of an old bartender saying, “I’ve been a bartender all my life,” but they didn‘t identify the movie.

Behind the Stick showed up on a Google hit when I was looking for this line. It seems the blog’s author, Scribbler50, also remembered the line and had quoted it in one of his posts — but like me he was unsure where it came from.

I eventually found out that the line is from an old Western movie called My Darling Clementine, delivered by a bartender named Mac. 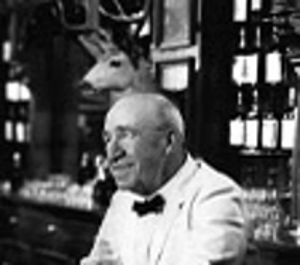 “Mac,” a character played by Henry Fonda says, “Have you ever been in love?”

(This photo and the info come from Caftan Woman — I still have to get a copy of My Darling Clementine and check it out myself.)

Meanwhile, I went back to read more of Behind the Stick. Scribbler50 seemed like a kindred spirit.

This is a great blog — Scribbler’s posts are honest, thoughtful, well-written and clearly drawn from experience. He has articles on every aspect of this business, from a classic bar prank played on a slave-driving owner to the question of how much can a customer’s tip really buy?  His latest post is about an elderly couple at his bar who got up to awkwardly dance, and the entire place fell under their romantic spell. Perfect for Valentine’s Day.

But one of his posts in particular has to be my personal favorite. In June 2009, Scribbler wrote a post about bev naps (cocktail napkins.)  He even toyed with the possibilty of starting a blog based on them.

Damn, I thought I had an original idea.

Anyway, enjoy these sites . . . and see you next week for more Life on a Cocktail Napkin.

11 Responses to MY FAVORITE BLOGS