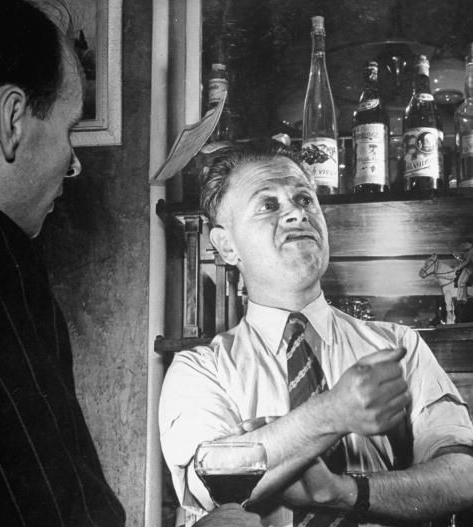 Joe the Bartender (photo from www.life.com)

There’s a lot to love about this job.  Behind the taps on a busy night, the dance floor is packed and everyone is having a blast as the band rocks out on the stage.  Drinks are flying out over the bar and a steady stream of dollar bills heads for your tip jar.  You have to remind yourself that you’re working.

Add to that, I’ve met some of my best friends while working in bars.  Most of my girlfriends, too.

An example: quite a few years ago, I was living with my girlfriend although I still kept my own place.  We’d taken a vacation on Cape Cod and when we returned we stayed at her apartment for a couple of days, which turned into a couple of weeks, then into months and a year.

We finally decided that it made no sense to pay the rent on two places.  We began planning to move into my Cambridge apartment.

She was twenty-three, I was a few years older, and with the enthusiasm of two kids we started to fix up the place.  That Cambridge apartment had classic wooden floors that were dulled by neglect, so we decided to refinish them before settling in.

I was behind the taps at Christopher’s Restaurant and Bar, talking about our plans with a few of the customers.

“What type of wood is it?” one of them asked.

I had no idea, but described it to him.  “Sounds like pine,” he said.

This isn't a photo of those Cambridge floors, but I swear my floors came out just as good. (Photo from www.filmnorthflorida.com)

As it turned out, he was in construction, specializing in wood floors.

“Test a strip of the floor first,” he told me, “Choose somewhere in the corner or under a chair.”

“Sand it down, then cut the polyurethene 50% with turpentine and apply one coat.”

“If it’s pine, that should give you some great marbling.  If you like the way it looks, do the entire floor with the 50% mix, then finish with a solid coat of the ‘urethene.”

When we finished, those floors were absolutely beautiful.

(Ed note:  My girlfriend and I never finished the move from her apartment to mine.  Living together day to day was fine, but a more permanent commitment scared the both of us.  The last letter I got from her included a picture of the thirty-foot yacht that she was spending the summer on with some rich guy.  That was OK; I still had that Cambridge apartment with the amazing floors.)

The reason I’d hung onto that apartment in the first place was because it was so ridiculously cheap.  It was $235 a month, utilities included.

I’d gotten the apartment years before, through another a bar connection.

I was a part-time bartender at Frank’s Steak House, doing research on a academic project in literature.  I was a college drop-out doing this on my own.

Back then, I shared an apartment with five other people that I’d met through a Boston Phoenix ad.  It wasn’t the best living situation.  Things got so bad squabbling over shared expenses that we each had to buy our own toilet paper.  When I had a guest and she wanted use the bathroom, I had to tell her to take a roll of toilet paper with her.  I kept mine in the top dresser drawer.  There was no toilet paper in the bathroom, but the apartment fit my budget.

Then something came up at the restaurant and owner Bill Ravanis SR. asked if I could work the bar seven nights a week for a short time.  “It will only be for a couple of weeks,” he said.

Eight weeks later, I told Bill I needed to take a couple of days off to find a new place.

He owned an apartment building in Cambridge and there was an opening.

“I’ll give you a good price,” he told me, “It’s a nice two-room studio.  Just keep on eye on the building for me, and take out the garbage once a week.”

Now I had my own place for less rent than I’d been paying to share living space.  I kept that apartment for fifteen years.

Meanwhile, I continued to work on the academic project.  With no degrees or affiliation with any university, I wasn’t having much luck getting into the better libraries. 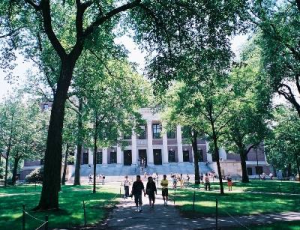 Harvard’s Widener Library is recognized as having one of the best humanities collections in the world, and I talked them into giving me a free pass for five visits.  I’d make a list of the books I wanted from the early 1900’s, and a work-study Harvard student would search the stacks. But each time I went in, they seemed unable to find what I requested.  I think those work-study students came up with one book in all the five visits.

I was complaining about this one day at The Sunflower Café, which was virtually across the street from the library.

“Why didn’t you tell me you wanted to get into Widener?” one of my good customers said.  His name was Larry Michaels.  He was the general manager of The Wurst House Restaurant, a couple of doors down the street.

“I know the guy who runs Widener,” Larry said.  “He’s a regular at The Wurst House.  I’ll see if he can help.”

Because he was a good customer at The Wurst House, run by Larry Michaels — and Larry was a good customer at The Sunflower Café where I was a bartender — the Director of Widener gave me a year’s pass to go into the library stacks on my own.  Not even the undergraduate students at Harvard could get into those stacks . . . only approved graduate students and professors had direct access.

I would go to Widener late at night, sit at an empty window-side desk of some favored graduate student or professor, and research to my heart’s content.

I did eventually publish two of those academic papers, making me possibly the only college drop-out to become a published scholar in American Literature . . . and I owe it all to that thoughtful director, and the bar connection that introduced me to him.

Working behind the taps is like a gold-mine of connections.  Bars and restaurants are unique in their human interaction.

There’s an unspoken connection between a bartender and his customers.  There’s an instant camaraderie that leaps over the usual distance between people.  Doctors, lawyers, sales people, construction workers, taxi-drivers, clerks and business owners will all sit and talk with the bartender like a friend.  And if you happen to mention something that’s related to their field, they’re quick to offer advice or steer you in the right direction. Customers genuinely like their bartenders.  They’re only too happy to help out.  Who doesn’t want to be the bartender’s friend?

I was behind the taps at The Cantina Italiana, and a woman I was dating was having a lot of break-ins at her apartment building.  She’d been broken into twice, and they even broke into the apartment of the 70-year-old woman living downstairs.  This girl was on the verge of tears as she talked about it at the bar.  She thought it was some local punks.

One of the regulars at the bar offered to help.  He made a phone call to the suspected culprits, and the break-ins abruptly stopped.

I have no idea what he said to those punks, but he was one of those guys in the North End that you really didn’t want to mess with, if you know what I mean.  (This wasn’t him, but for a similar story from The Cantina Italiana, see “Joey Cigars.”)

Every time you turn around it seems that someone at the bar says or does something small or huge that can make your life easier.  At one point half the staff from Johnny D’s had gotten their apartments from Kenny, a real-estate agent who has been a regular at the club for years.  (See an earlier post, “Auntie Rosie”.)  Kenny got them the best deals, and he helped a Johnny D’s ticket-taker and her husband buy the perfect house for a song. 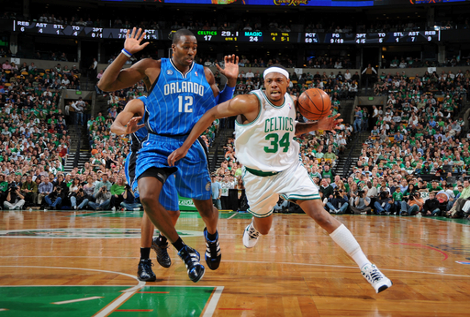 Paul Pierce drives for the hoop (Photo from www.whatisonline.com)

Her husband is a former employee of the Boston Celtics, and he still has season tickets which if he isn’t using them, he hands out to the staff.  Just a few rows back from the parquet court floor, there’s a view of the game that can’t be beat.

The list goes on and on, with these bar connections.

Brian McDonald was a bartender at Elaine’s Restaurant in New York City, when a customer suggested that he write down some of the stories he was telling.  Brian is now a professional writer with five books to his credit, including “Last Call at Elaine’s.”

Scribbler50 is another NYC bartender who entertains his crowd with story after story.  One of his customer came up with the idea that Scribbler should start a blog, and he wouldn’t take no for an answer.  He even offered to help set up the blog.  The resulting site, Behind the Stick, is one of the best bar blogs out there today.  I think for Scribbler this is just the beginning.

Behind the taps you meet people who otherwise might not say hello, but who now seem like close friends.  Celebrities, professional athletes, film and TV personalities.  Working behind the bar, I’ve met Larry Bird and Jo Jo White of the Boston Celtics, and Bill “Spaceman” Lee of the Boston Red Sox when he used to hang out with a waitress from The Sunflower Café.  Hall of Fame baseball player Jim Rice acted like just another guy while sitting at the bar waiting for his table at The Cantina Italiana. 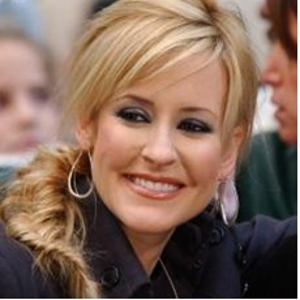 I met Brad Park of the Boston Bruins, who became good friends with The Cantina owner Fiore Colella.  I met Martie Mcguire from Dixie Chicks when I was walking downstairs to the offices at Johnny D’s, and she was walking up from the band room.

(When the band room door opened, I had expected to see Dana or Charlie, someone from Johnny D’s booking office, but it was Martie who came out and she took me by surprise.  She was so beautiful. She smiled and said something like “Hi . . . how you all doing?” And I said, “Umm . . . ahh . . . umm.”  She was still teasing me about that at the end of the night.)

I’ve had after-hours drinks with former World Welterweight Champion Tony DeMarco, and several times have gone out on the town with former World Middleweight Champion Marvin Hagler.  I’ve met Bonnie Raitt, Emmylou Harris, Eddie Vedder from the band Pearl Jam.  (In town for a concert, Eddie stopped into Johnny D’s as a customer and then later partied with us after-hours, playing music at the apartment of one of the waitresses.  That waitress’s husband is local musician Tim Gearan, and Eddie and Tim played a killer version of “Ain’t no Sunshine (when she’s gone)” on acoustic guitars.)

I‘ve met Steven Tyler from the band Aerosmith, Peter Wolf from The J. Geils Band, singer Tom Jones, and so many other celebrities while working behind the bar that I’m sure I’ve forgotten half of them right now.

And while all this was happening, I just joked and laughed with the customers, flirted with the women, tossed out drinks to the music and shoveled money into the tip jar.  This is a job?  This is work?

It’s a great job, and sometimes the connections are priceless.

5 Responses to A CONNECTED GUY