OF MICE AND MEN (Summer vacations and going semi-anonymous) 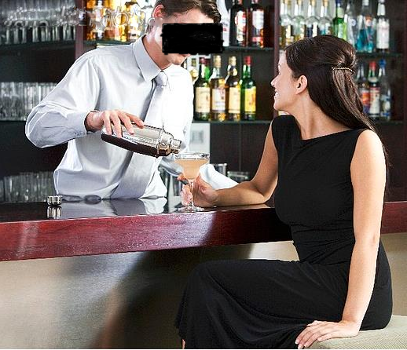 “You should know you can’t keep secrets in this business for long,” said one of the bartenders at the club.

It wasn’t really a secret.  It’s just the way we’ve always done things.  If you want time off, you need someone ready to fill in the shifts before you ask the owner to get out of them.

I’m planning to take an extended summer break this year — the-mother-of-all-vacations.  Two, maybe even three months off from the club.  But I wanted a tentative bar schedule in hand when approaching Carla, Johnny D’s owner.

Apparently she overheard someone talking about it before I could speak with her.

Oh well, I’ll just tell her first-hand when she gets back from a family trip.  Not the way I planned it, but I’m still hoping my vacation will start in June.

I think I deserve the time off.  (Which I’ll spend working on the book I was supposed to finish in 2012.)  It feels like I’ve been working at Johnny D’s forever . . . for at least ten years my schedule was as the closing bartender six nights a week.  Another bartender closed the seventh night, and when the club needed her to become the floor manager . . . I closed seven nights a week for three straight months.

That’s not a casual or estimated figure . . . for over three months, for one quarter of the calendar year, I was the last person to leave.  And when I finally had one night off after that long run, I immediately started in again six nights a week for the next five years.

I’ll probably still have to do the club’s weekly payroll, and I may not be able to fill one shift in particular (no one wants to work Sundays during the summer.)  But I’ll take what I can — I do really need to finish that book.

Part of this summer vacation plan was to go underground once I came back.

When starting this blog almost three years ago, I was determined to put everything upfront . . . who I was and where I worked.  I wanted readers to understand that everything I was writing about actually happened and that all the characters were real.

Most other bloggers remain anonymous, and I understand the justification . . . no one wants to be caught bad-mouthing their boss, and it doesn’t make sense to criticize customers who are currently tipping you.

But being anonymous has also tempted some bloggers to just make stuff up.  (Certainly no one on my blogroll, but I can name a few.)

A couple of years ago I was reading a very well-known server blog.  There was one story in particular that caught my eye . . . it seemed so familiar.  As the post continued I realized that I had seen it before.

What this server was describing as a “personal experience” had appeared in print back in the mid-eighties in a national magazine.  It was told as a humorous anecdote that just happened to occur in a restaurant.

Every detail was exact.

The foreign customers were the same (they could have been French, Italian, Russian, Latin American . . . but no, they were the exact nationality of the original story.)

The situation was the same, how it all unfolded, and the dialogue was copied verbatim right down to the last words.

That punch line . . . the wonderful line that made me remember the story . . . the punch line was exactly the same.  (When I first read the line years ago, I remember thinking, “Damn, I wish I’d said that!”)

Apparently this server felt the same way, and couldn’t resist pretending it had all happened to him.

(I can see it unfolding . . . this old story must have become something of a restaurant urban legend.  The server was probably out drinking with other restaurant workers — someone told the old story as though it had happened to them — and the blogger must have thought, “Hey, why don’t I just say that was me!”)

Of course his “personal experience” was simply a rehash of an old restaurant tale.

In this business, if your eyes are open, you don’t need to make up anything.  It’s entirely too crazy, too unbelievable . . . but it’s all real.  There’s no reason to blow smoke.  Truth is stranger than fiction, especially in a bar.

That being said, I’ve definitely missed the advantages of being anonymous . . .

There are so many good stories that have been put on the shelf simply because I didn’t want to offend anyone.  I was trying to stay politically correct . . . not wanting to crap where I eat, so to speak.

But what if something really bizarre happens on the job?  Something embarrassing that might not reflect well on the establishment, or those involved — good people who just happened to do something dumb.  Could I really tell you about that now?

Everything will change when my vacation is over.  I’ll still have stories about Johnny D’s (as well as The Lark Tavern, The Cantina Italiana, or other places already mentioned in this blog.)  I’ll still have a work history . . . but now I won’t necessarily be writing from Johnny D’s.  I’m not going to say where I am.  I’m going undercover.

I’ll start easing into it beginning next week.  From now on I’ll assume the underground work anonymity of most bar/restaurant blogs.  I’ll be a bartender at large.

It may not be perfect . . . and my vacation might not turn out as lengthy as planned, but I’m going to give it a shot.

See you next week with more bar stories.

(Ed. note:  Thanks to Best Restaurant Blogs for citing our post “Danny” as one of their top picks.  Check out their webpage if you haven’t already . . . it’s great resource for those in business, and those who enjoy hearing about it.)