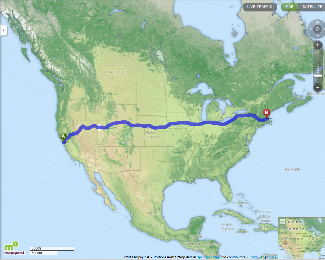 This week’s post will be short.  I was running behind anyway, then one of our bartenders wanted to switch our Weds/Thurs shifts to attend a concert.

A full post is coming next week, but in the meantime here’s a short note from something we call The Hall of Fame.  The HOF is an informal collection of the good, the bad, and the ugly of the bar life — incidents and people we feel deserve special recognition.

This Hall of Fame moment comes from a woman who needed directions to the club, but didn’t want to tell us where she was coming from.

“I’d rather not say,” she told John Bonaccorso over the phone.

She’d rather not say?

John tried being reasonable.  “I‘m not sure what kind of directions I can give you,” he said, “I need more information.  Directions from where?”

“Let’s just say I’m coming from the general area of west,” she said.

John isn’t the one to suffer fools lightly.   “Ok,” he said, “If you’re coming from the West, my advice would be to catch a flight into Logan International . . . when your plane touches down, give me a call and I’ll tell you how to get here from the airport.”