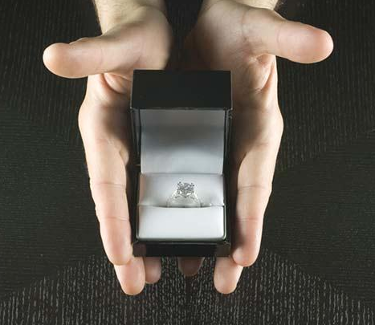 When I started this blog, I was determined to use the real names of all the people I was writing about.  How could I not use them?  I had learned to tend bar from a veteran barman named Johnny La La.  I’d served real-life customers like George the Polack, and Jackie Rabbit (who had a girl friend everyone called Maude the Broad.)  These were great names.

But in the end there were some names I simply couldn’t use, like that of Joey Cigars (that’s the pseudonym I gave him, and yes, he was a gangster.)  In other cases it just didn’t seem right to name good people, and then to air their dirty laundry.

The three guys I’ll talk about today fall into that second category — they’re all serious professionals who come to Johnny D’s for the music, so I guess they deserve a little bartender discretion.

Matt, Louie, and Carl (I’ll call them) have been coming to the club for years, and they’ve certainly told me things at the bar that they probably don’t want the world to know.  But Matt told me a story one day that’s too good not to share — so I emailed mailed him yesterday and he said it was OK, as long as I didn’t name names.

It started one Sunday Blues Jam when someone on stage was singing the old ballad, “Stormy Monday.”  Matt, Louie, and Carl were sitting at the bar, and with the first notes of the song, Louie and Carl started laughing.  Matt shook his head, and ordered three shots of Jameson while the other two continued laughing and slapping him on the back.  I had no idea what was going on, but it must have something to do with the song “Stormy Monday.”

When I asked Matt to explain, he began to tell the story behind the shots.  (Louie and Carl had heard it before, so they just settled back on their bar stools and smiled.)

It seems that a quite few years ago, Matt had been dating this knock-out brunette — tall, slinky, long ravishing hair.  She was smart, sexy, and a thousand laughs . . . but Matt wasn’t ready to settle down.  Even though they dated often for almost a year, he avoided any talk of commitment.

“One night she called me on it,” Matt continued.  “She asked where we were going with this, and I hesitated.  I told her I wasn’t sure.”

In response, the girl (we’ll call her Linda) said that she suspected all along Matt wasn’t ready to settle down, and she didn’t like this day-to-day feeling.  She wanted to be married and have kids.

So she told Matt that maybe they should take a break from each other.  She was going to move to Philadelphia and clear her head.  Of course they would stay in touch and still be friends, she said, but for now it would be from a distance.

They called each other several times a week over the next few months, while Larry was out playing the field.  But then early one morning, Matt called her Philly apartment, and a man answered.

It was seven o’clock in the morning, and a man answered.

Now Matt panicked.  He was all upset.  He starting thinking about her, imagining her with other men.  He began thinking that he’d made a huge mistake.  He started thinking that Linda was the only one for him — and now he was letting her slip away!

Everything happened in that one afternoon . . . right after the morning phone call.  Matt immediately booked the next flight to Philly.  All he could think about was losing Linda.

He decided that he’d rush to her and throw himself on his bachelor sword.  He would apologize profusely, beg her forgiveness . . . and then he’d ask her to marry him. 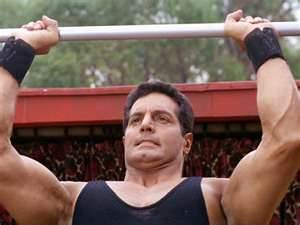 I can't use his real picture, but Louie reminds me of Peter Lupus from the old TV series "Mission Impossible." (Bear with me on this, the photo will become important later in the story.)

While he was packing a suitcase, Matt called Louie’s mother on the phone for help.

“I don’t know anything about rings,” Matt told Louie’s mother, “Could you help me pick one out  . . .  an engagement ring?

“Are you sure you don’t want to think this over first?” Louie’s mom asked him, “This seems very sudden.”

So Matt and Louie’s mother went to Jared’s, and Matt bought an expensive engagement ring.  He had it tucked in its little box, safely inside his suitcase as he just barely made it to the airport on time.

He knew where Linda worked, and he took a taxi directly from the airport.  When he was outside her building, he called her office to tell her that he was in Philly.  He told her that he had just flown in . . . that he loved her . . . and that he wanted to marry her!

The suddenness of Matt’s proposal must have taken Linda by surprize — maybe that’s why she sounded a little evasive as he stood at the pay phone.  She didn’t seem to know exactly when she’d be getting off work, . . . she wasn’t sure when she’d be able to meet him later.

Matt decided to go into the office building and find her.

The receptionist’s behavior quickly raised Matt’s suspicions.  The lady behind the desk claimed not to know Linda was; she said there was no way right now to get in touch with her.  There was something the receptionist wasn’t telling him!

“No, you can’t go down there!” the receptionist shouted as Matt abruptly turned and began running down the hallway to the offices.

Linda wasn’t in her office.  It looked as though she’d just left.

Matt raced to the door marked “EXIT” at the end of the hallway.  The alarm on that emergency door was clanging loudly as Matt looked down through the grates of the fire escape.  He caught one quick glance of Linda below.  She was sliding into the passenger seat of a really fancy car.  Then the car screeched away.

“I think it was a Porsche, but I’m not sure,” Matt told us at the bar as he recounted his tale.  “I only know it was the kind of car I’d never be able to afford.”

Back at the receptionist’s desk, Matt finally learned the bad news.  Linda had met a doctor.  The guy was some hot-shot young surgeon, and they were planning to get married.

Matt walked back down the stairs to the street outside.  Suitcase in hand, the tears were running down his cheeks.

“I’ll take anything!” Matt shouted to the lady at the airline counter, “Anything . . . I just need to get back to Boston tonight!”

Matt ran through the airline terminal with his suitcase in hand, his cheeks still wet with disappointment.  He barely managed to catch his return flight.  “This was all pre-911,” he told us now at the bar, “If it had been after 911, I’m sure I would have been arrested for acting so bizarre.”

Matt called Louie from the airport when he got home to Boston.  He told Louie that he needed to talk with someone, that he’d just gotten back from Philly where he’d flown to see Linda.  “It didn’t go well,” he explained.

(“He sounded so upset,” Louie told us at the bar, “That I thought he might have killed her, and now he wanted me to help dispose of the body.”)

It was eleven o’clock when Matt called Louie that night, and they agreed to meet at Nick’s Beef and Beer, on Mass Ave.  Nick’s is closed now, but back then it was strictly a blue-collar bar, full of manly, hard-working men.

As they sat at the bar, Matt told Louie in hushed words what had happened, the two of them leaning close so no one would hear.

Now Matt took the engagement ring he’d bought out of his pocket.  As he opened the box, once again the tears began to swell in his eyes.  His voice quivering, but much louder than before, he said . . . “Louie, you have to take this!”

But what he said — as he opened the small box and showed Louie the engagement ring — what he said was, “Louie, please, you have to take this ring!”

Matt’s voice cracked as he held the little box out with both hands.

Louie is about 6’ 2”, 260 lbs.  He’s as guinea-looking as they come.  Once at a Blues Jam, Carl called Louie “the Luca Brasi of the Blues” — that’s how manly Italian he looks.  Picture him at the bar, surrounded by blue-collar workers as Matt holds the ring out to him.

“Please!”  Matt’s hands are shaking, but his voice only gets louder each time Louie refuses.  “Louie, please . . . take the ring!” 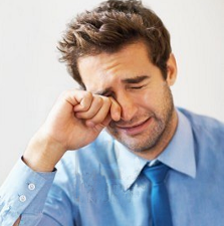 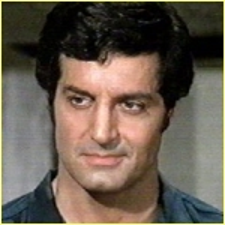 “I was so fucking embarrassed,” Louie recalled now at the bar at Johnny D’s,  “I wanted to stand up and explain to those guys looking at us, . . . but I shrugged my shoulders, and I took the damn ring.”

That was the story of Matt’s trip to Philly, and the entire thing had happened on one crazy day, . . . on a Monday.

“Since then,” Matt continued now, “Every time I hear the song Stormy Monday, and I’m out at a bar, I have a shot of Jameson to remind myself of that day . . . and to remind myself never to do anything like that again.”

(Ed. Note:  I want to thank Matt for his permission to tell this.  Matt had finished his tale, but the story didn’t end there.  Now I knew that he’d drink a shot of Jameson every time he heard a particular song, I began bribing the blues-jammers to play it.  Sometimes I’d buy five or six musicians a beer each to get them to play “Stormy Monday” — first one, and then half an hour later, another.  Once, I convinced this stunning young coed from the Berklee College of Music to sing it at the end of a jam, and she sang so beautifully I thought Matt might have had a tear in his eye.  But what happened between Matt and that coed afterward is a story for another time.)