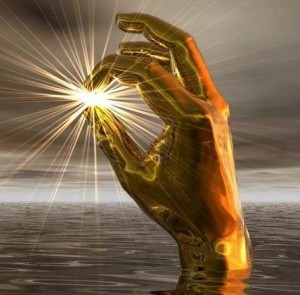 (Here’s something from bartending at The Lark Tavern in Albany NY.)

“Johnny Walker Black, no ice, water on the side.” The guy was back again, as pompous as ever. He owned a popular bar on the outskirts of Albany, and he’d stop in The Lark now and then. I figured he came by to check the competition.

He was in his late fifties, but tonight he was accompanied by a young girl in her twenties. Later I’d learn she was a waitress at his place. She was his new girlfriend, and he made sure everyone in our bar was aware they were dating. It made you skin crawl, with the condescending way he treated her, but she just sat smiling.

Apparently she’d recently graduated from Albany State, and not sure what to do next she continued to wait tables. She was very pretty with a layered haircut and frosted lipstick, and she kept smiling and laughing when he made lame jokes.

I wanted to tell her about all the other waitresses he’d brought in over time–there was always a young chick on his arm. From the bartenders at his place, we knew he kept an unfilled spot on the waitstaff schedule in case a cute girl walked in looking for a job. He’d date the new waitress, then when things fell apart, he’d fire her and hire the next cute one.

“You didn’t see my empty glass?” he now snapped from his barstool. He never seemed embarrassed to pull the same trick, every time he was in here. He’d be busy talking when I stopped by to check, as though too occupied for me to interrupt. Then as soon as I left, he’d gulp down his drink and act as though he was getting bad service, sitting with an empty glass.

For someone who owned a bar and had a lot of money, he was one miserable fuck, with a bitterness that oozed from every pore on his greasy face.”I was just here a minute ago,” I said with a half-cocked smile, then went to pour his scotch. I could give a shit about these games or what he thought.

As I returned his change, I recalled the old parable of King Midas and his magic touch. I’d read it as a child, in a book with large watercolor drawings. Apparently a sorcerer had offered the king one wish, and his majesty foolishly requested that everything he touched would turn to gold. Soon the king was rich beyond imagining, and his days were spent reveling in his new wealth as though gold was the only thing that mattered to him. 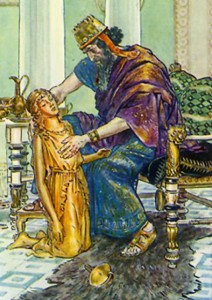 One day the kings’ young daughter hugged him goodnight and as he put a hand on her shoulder, she turned into solid gold, too. King Midas spent the rest of his life with no living beings around him, just gold tables and chairs, and frozen people-like statues.

“That’s this guy,” I thought now looking at the man with his young waitress girlfriend. “And that’s why he’s so bitter.” All he carried about was making more money, always scheming and conniving, trying to take advantage of someone. To a large degree, other people didn’t simply exist for him. They were only there for him to cheat, so he essentially lived out his life by himself, resentful without realizing he had no one else to blame.

Kate O’Connor happened to stop at The Lark a short time later. We talked about the guy and how his miserable attitude put off everyone around him. He’d soon be sitting at the bar all alone with his date, a woman who couldn’t leave. I told Kate the story about the king with the midas touch. “Interesting,” Kate said, “if that’s what the parable really means.”

“James Baldwin said the same thing directly,” she continued, “and he said it better.” Then she quoted a line from the new Baldwin book she’d been reading. “People pay for what they do, and still more for what they have allowed themselves to become. And they pay for it very simply; by the lives they lead.”

3 Responses to THE MIDAS TOUCH