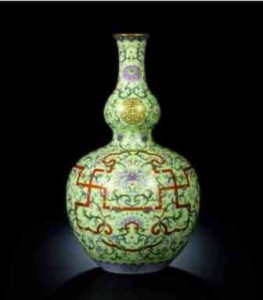 It was by far my all-time-worst bartending experience, and it started with a simple but nasty prank among friends.

Who knows how long everyone had been picking on the guy they called “Mountain.” His friends had been teasing him at least since high school, when he didn’t try out for the football team even though he was a big, strapping kid. He was a mellow sort, not interested in sports, so they began calling him “Mountain” to bust his chops.

Now they had all graduated–some of them taking jobs in their hometown of Cortland, NY–and after work they’d hang out at the bar I was running on Main Street, a place called The Mug. At the bar they continued to constantly taunt “Mountain,” although it was usually in a light-hearted, among-friends way.

One afternoon, Mountain happened to mention that he’d dropped off a new couch for the parents of another guy sitting at the bar. Mountain was employed by a local furniture moving company. “You were at my dad’s house?” Pat O’Neally JR. asked.

Mountain probably shouldn’t have said anything–because Pat came up with a plan to bust his balls. At the pay phone, he called Mountain’s boss, pretending to be Pat O’Neally SR. “Yes, that’s right,” Pat JR. said over the phone, “When they dropped off the couch, I think they stole an expensive, imported vase. There was a big guy with them . . . I think his name was “Mormon” or “Mountain” . . . something like that. Yes, thank you for looking into it”

“You’re in big trouble now, Mountain!” one of the group laughed as Pat O’Neally JR. came back to the bar. Everyone was laughing, and Mountain just sat there embarrassed. They had called his boss.

I probably should have done something, maybe stopped Pat JR. earlier, or intervened now as they continued to rag on Mountain. Customers expect the bartender to keep things under control. With everyone laughing and cheering, Mountain was devastated, his face beet-red. He got up and stormed out.

Half an hour later, Mountain returned. He burst through the front door and without saying a word to anyone, headed straight to the men‘s room. He slammed the bathroom door shut behind him. A second or two later, we heard . . . “BAM! . . . BAM!” . . . it sounded like two, loud gunshots!

“Oh, Christ!” I thought. “He was so upset, he came come back to kill himself in the men’s room!”

I stood behind the bar feeling sort of paralyzed, a little sick to my stomach. One of the Tobin brothers was now trying to push into the bathroom, but someone was blocking the door from the other side, pushing back against it.

Now the bathroom door finally opened, and Mountain stepped out. He began walking past the scattered tables up toward the bar. “Mountain!” I yelled. “Mountain . . . get the fuck outa here!” I was pissed that he’d set off the firecrackers, pissed because he had me worried for a minute.

But Mountain just kept walking toward me. “Mountain, get the fuck out of here!!!” I yelled again.

Mountain was a lot bigger than I was, but I’d been a Phys. Ed. Major in college and a collegiate wrestler, and now I was studying karate with Masataka Muramatsu in the dojo on the second floor above us. Besides, all my frat buddies–like all-American football player Jim “Cowboy” Van Wormer, and all-American lacrosse player Paul Wehrum–they were the other bartenders and doormen at The Mug. Nobody messed around in our bar. Mountain should have been listening to what I said. Why wasn’t he stopping?

He kept coming toward me. The people on either side seemed to lean back and shy away as he passed through the crowd.

Then I noticed his hand, down by his side–he had a gun in that hand! It looked like a small 38. Caliber pistol, a “detective’s special.”

By now everyone else saw the gun, too, and the place became suddenly silent. As Mountain got to the bar, everything seemed to slow down. No one was moving. Everything was frozen.

Mountain lifted the gun, cocked the hammer back, reached over the bar and put the barrel to my forehead. I was staring down the barrel of a gun, with its hammer cocked.

The first thoughts running through my mind were all the reasons I didn’t want to die. There was a cute coed from Alpha Sig who had been at the bar last week–I had a hunch she was interested in me. Now I’d never have the chance to be with her?

I thought of all my plans, what I hoped to do with my life . . . moving to Boston, writing a book. I thought about the whole world, this earth and our solar system, and the entire universe. The way our sensory system works that entire universe was in my brain–and now a bullet traveling at some ridiculous speed was going to blast everything in that universe away?

“I’m not ready to die,” I kept thinking. For some reason I wasn’t panicked; it was more like a matter-of-fact observation. “I don’t want it to end this way.” Then I began to pull my thoughts under control. “Stop wasting time,” I told myself, “concentrate on the current situation.”

We had practiced a drill in the karate school upstairs. It was designed for exactly this type of emergency–someone holding a knife or a gun to your face. It was a simple, lighting-fast move and it had worked every time, at least in class. Should I try that move now? I was worried I might not be able to do it successfully. What if Mountain was just trying to scare me, trying to save some face after being humiliated earlier? What if I attempted the move and the gun went off accidentally? I might be shot and killed, whereas if I hadn’t done anything I would still be alive.

I went back and forth debating these options, for what seemed like such a long, long time. Then I started to think I should at least try something. I shouldn’t just stand here and be shot without putting up a fight.

Suddenly all the sound came back, and everything began racing fast again as I threw the move without knowing I’d even made a decision.

It worked, just like in practice. With a quick slap of my hand, I pushed the gun aside, coming back at the same time with the other fist to punch Mountain in the face. The gun clattered on the floor behind the bar, and Mountain fell down, disappearing on the other side.

The Tobin brothers picked Mountain up and dragged him out. I called the police, then called the owner of The Mug. “God Damn it!” Tony, the owner, said over the phone. “I don’t want any trouble in that bar!” Tony owned three bars in town, and a regional pinball distributorship.

“Tell them not to press charges,” Tony told me. “Just let it slide. I’ll talk with the police chief. You know I’m responsible for anything that happens down there?”

Back behind the bar everyone was asking how I was–had I felt scared? Where did I learn that move? The funny thing was . . . at the time, I really hadn’t felt scared. Right now I was struggling to act normally, with my insides rattling from the top of my head down to my feet–but at the time it was more just pure thought, no feelings at all.

I started to tell the regulars everything I had been considering, how long I’d thought about why I didn’t want to die, and what options I’d mulled over–but they were looking at me funny. They all insisted that as soon as Mountain raised the gun to my forehead I had slapped it away immediately, and punched him. They insisted the whole thing took place in a split second. “It happened so fast I didn’t have time to put my beer down,” one of them said, still looking at me strangely.

But in my mind, it had been a long, long time as I stood looking at the gun in my face, thinking about so much with everything frozen. 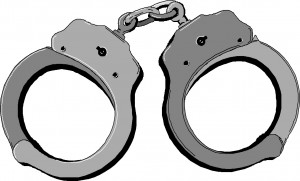 “You know he’s basically a good kid,” a detective was saying about Mountain the next day over the phone. A policeman on foot had picked up the gun a few minutes after the incident, and now one of the detectives was calling the bar the next afternoon from the station.

“I’d hate to see him get in serious trouble because of one stupid mistake,” the detective continued, “he was only trying to scare people.” I knew the detective wanted to steer me away from pressing charges; he didn’t have to worry. Tony had already told me not to do anything, and besides I didn’t want Mountain to come back some day and this time really shoot me. Mountain was now barred from The Mug and that was enough. Actually, I felt bad for him–that he wouldn‘t be able to come in here anymore. It was something that just got out of hand.

“From now on be more careful what you let happen in that bar,” the detective was saying. “You’re supposed to be in control there . . . they never should never have done that to Mountain in the first place.”

The Mug was my first bartending experience, and I was still learning on the job . . . but yeah, the detective was right about all of that.